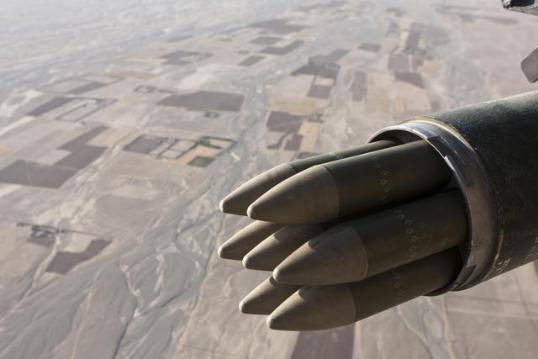 General Dynamics armament and technical products (GDATP) has been awarded a contract for the production and delivery of additional Hydra-70 air-to-ground rockets to the US Army.

Awarded by the army contracting command (ACC), the $67.5m order represents a modification to a previously awarded contract and brings the cumulative value of the company’s Hydra rocket work to more than $1bn.

General Dynamics armament and technical products armament systems vice-president and general manager, Steve Elgin, said the company has been serving as the system integrator for the Hydra rocket production since 1996.

"As a low-risk, high-quality supplier, we work closely with the army to deliver a weapon that is affordable and reliable in action," Elgin said.

"The company has been serving as the system integrator for the Hydra rocket production since 1996."

Based on the US Navy-built Mk4/Mk 40 70mm folding-fin aerial rocket (FFAR), Hydra-70 is a family of 2.75in unguided rocket designed to provide soldiers with required firepower for effective engagements and area suppression of low-value targets in the battlefield.

The rocket features a MK66 rocket motor, which is mounted on helicopters, some aircraft and a warhead that can be modified to address a wide range of mission requirements, as well as associated point-detonating, omni-directional, remote-set fuse.

More than four million Hydra-70 rockets have been manufactured by the company in support of the US Army’s joint attack munition systems project office since 1996.

Production work will be carried out at the company’s facilities in Arkansas and Ohio, whereas the engineering service support and programme management will be performed at General Dynamics’ technology centre in Williston, Vermont, US.

Deliveries under the contract are expected to complete by the end of 2015.