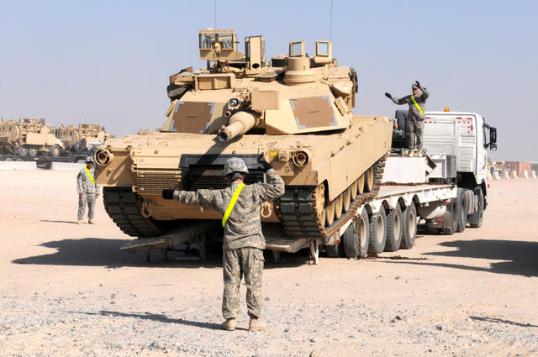 General Dynamics Land Systems (GDLS) has received a contract from the US Defense Logistics Agency (DLA) for provision of spare parts for the M1A2 Abrams main battle tank (MBT).

With an estimated potential value of $9.5m, the indefinite-delivery indefinite-quantity (IDIQ) contract covers delivery of spares for the M1A2 system enhancement package (SEP) version 1 and version 2 tanks to the DLA.

"By aligning our approach to support their objective, we presented DLA with new ideas for significant material-cost reduction over the life of this contract," Graziano said.

"By aligning our approach to support their objective, we presented DLA with new ideas for significant material-cost reduction over the life of this contract.”

An upgraded variant of the US Army and Marine Corps M1A1 MBT, the M1A2 Abrams tank is designed to engage and attack enemy forces using enhanced firepower, manoeuvrability and shock effect.

Programme management work under the contract will be conducted at General Dynamics Land Systems-Force Protection in Ladson, South Carolina, while parts will be manufactured at the company's facility in Scranton, Pennsylvania, US.

Contract work will begin immediately and is scheduled to be carried out through April 2016.