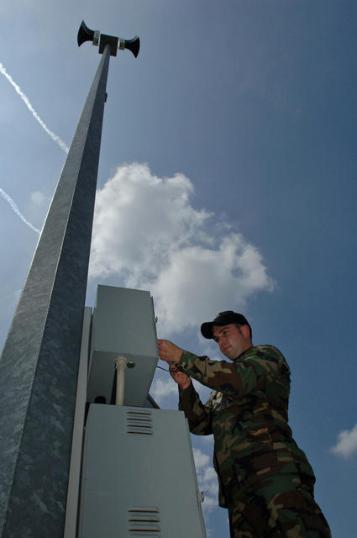 Representing a significant milestone in the company’s relationship with the US Department of Defense (DoD), the installation will provide alerts and associated emergency communications to 4,500 soldiers during natural disasters and other emergencies.

"DISA is the organisation responsible for providing the requisite infrastructure and enterprise services to users like the combatant commanders, all branches of military services and defense agencies, the Office of the Secretary of Defense, and the joint staff," Brown said.

Fully compliant with DISA’s IT systems, the IWSAlerts is an enterprise-class platform designed to provide rapid and scalable alerts and associated emergency communications with a single keystroke to all assigned personnel within ten minutes or less during military contingencies and training missions.

The DISA approved product list (DISA APL) system provides military installations with full operational capabilities of a mass notification system, which complies with the secretary of defence’s (SECDEF) specifications, ahead of the 2014 deadline.

Image: A US military personnel conducts evaluation of a mass alert broadcasting system tower at Ramstein Air Base in Germany. Photo: US Air Force photo by airman 1st class Marc I Lane.