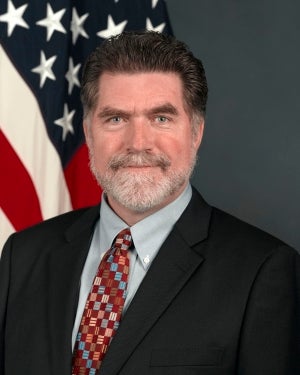 The US military is considering sharing unspecified secret antimissile shield (AMD) data with Russia in a bid to alleviate concerns about the deployment of a missile defence shield in Europe.

The move, expected to solve the impasse over the programme, was first revealed by the US deputy assistant defense secretary Bradley Roberts late last week, who said the administration is continuing negotiations on a defence technical cooperation agreement with Moscow that could include limited classified data sharing.

Roberts was quoted by Reuters as saying: "We’re making no progress in persuading Russia to drop its opposition, despite the willingness to consider sharing certain sensitive data."

Roberts, however, refused to provide further details on the sort of data that might be shared under such an agreement.

The Obama administration is pursuing this cooperation because it would be in the security interests of the US, NATO and Russia by strengthening the defensive capabilities of both Nato and Russia, Roberts added.

The information has also been confirmed by Pentagon spokeswoman April Cunningham, meanwhile the Russian officials have not yet commented on the proposal.

Russia has long opposed US plans to deploy a missile defence shield in Eastern Europe, including Poland, Romania and the Czech Republic, claiming that it will denude its own strike capabilities.

The nation sought legally binding guarantees from the US and Nato that the AMD will not target its own strategic nuclear assets, failing which it also threatened the deployment of its own missile shield.

The talks between the two nations on the missile defence shield failed to progress in 2011, with both sides refusing to make any significant compromises.

Both the nations are expected to resume talks in May 2012 at an international conference in Moscow organised by the Russian defence ministry and a Nato summit in Chicago later the same month.

The Missiles and Missile Defense Systems Market in Russia to 2024: Market Brief

The Electronic Warfare Market in Russia to 2025: Market Brief