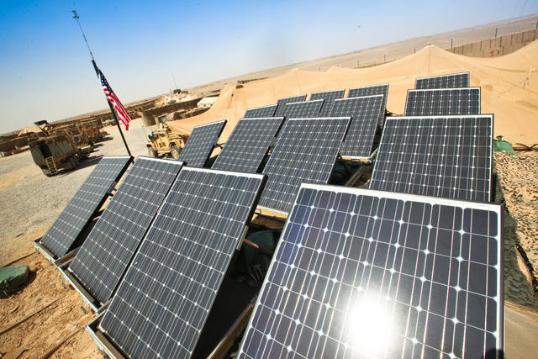 Awarded in collaboration with the Army Engineering and Support Center and Army Energy Initiatives Task Force (EITF) to 22 companies, the contract seeks a supply of solar technology.

EITF executive director John Lushetsky said the MATOC represents a important step forward in the acquisition of renewable energy for the army and other services that will reduce timelines by accelerating procurement processes.

”Utilising the MATOC in this way will assist the EITF in meeting the army’s goal for one gigawatt renewable energy by 2025 as well as additional congressional mandates," Lushetsky said.

"The MATOC represents a important step forward in the acquisition of renewable energy for the army."

US Army Engineering and Support Center commander colonel, Robert Ruch, said: "By pre-qualifying companies under each technology and awarding the contracts to them, we are situated to more quickly award task orders for individual future projects being developed by the army or DoD.”

The latest contract enables recipients to compete for future projects within their approved technology area for any renewable energy task order issued under the MATOC by the army or DoD.

The indefinite-delivery indefinite-quantity (IDIQ) MATOC contracts will be used for the acquisition of reliable, locally generated, renewable and alternative energy through power purchase agreements (PPA) over the next 30 years.

The contracts move army closer to meeting the US Congress-mandated energy goal of 25% production and consumption of energy from renewable sources by 2025, while also enhancing the installation energy security and sustainability.

First contract for geothermal energy was awarded in May, whereas the remaining technologies, including wind and biomass, are scheduled to be awarded by the end of 2013.