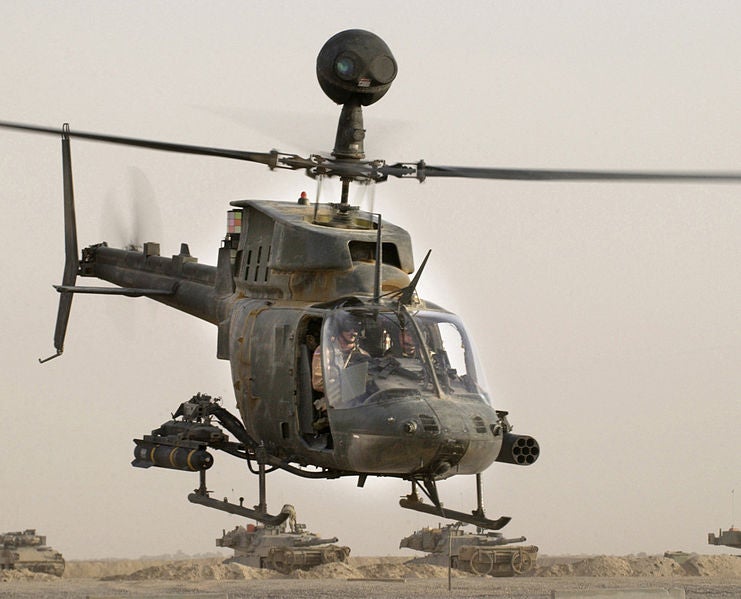 The conversion of OH-58D Kiowa helicopters to the next generation OH-58F standard will be the first substantial upgrade since its introduction into operational service in 1990.

Army PEO-Aviation Kiowa project manager lieutenant colonel Matthew Hannah told The Huntsville Times that the upgrade was vital to meet the Army’s goal of keeping the OH-58 operational until at least 2025.

A total of more than 350 OH-58D Kiowa will be upgraded to the OH-58F configuration with support from the Office for Armed Scout Helicopters.

Kiowa assistant product manager major Jeff McCoy said as part of the Cockpit and Sensor Upgrade Program (CASUP), the helicopter will receive electronic, avionic, and mechanical changes to make it more effective in its mission.

The new Kiowa OH-58F will feature an upgraded cockpit and a new nose-mounted Common Sensor Payload (CSP), Increased Height Landing Gear (IHLG) along with housing cameras and other sensors to provide pilots with enhanced situational awareness.

The helicopter will also be fitted with an upgraded Control and Display Subsystem comprising of three all-colour displays, and a new Digital Intercommunication System.

PIF engineers are also developing a light weight wiring harness, which together with other technology upgrades will reduce the weight on the helicopters, thus making room for additional ammunition or fuel.

The first two helicopters will be upgraded in Huntsville and will be followed by the modification of an additional three at the Army’s Corpus Christi Army Depot (CCAD) as the programme’s production process moves into low rate initial production phase in 2015.

The Bell OH-58D Kiowa is a single-engine military helicopter used by the US Army for conducting observation, utility, direct fire support and armed reconnaissance missions in support of ground troops.

Future of the US Defense Industry - Market Attractiveness, Competitive Landscape and Forecasts to 2023