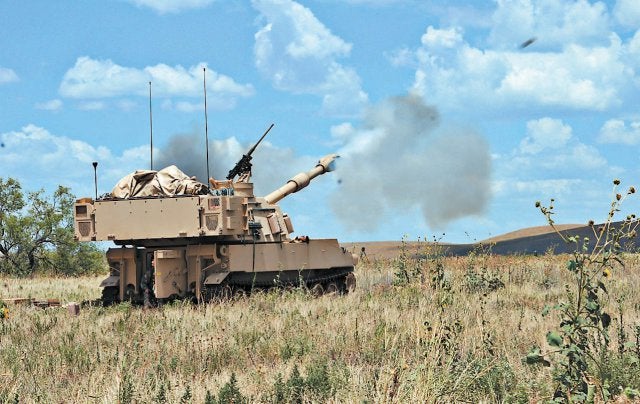 During the evaluations, FDC soldiers had to score a minimum of 90% to complete a manual safety test, where all sections were validated based on their ability to meet fire mission processing times, without recording any safety incidents and adhering to the battalion’s standard operation.

"During the evaluations, FDC soldiers had to score a minimum of 90% to complete a manual safety test."

The Paladin gun section received processed fire mission data from the FDC, which it obtained through the observer, battalion FDC and the battery FDC route.

A/1-17th FA gunner private first class Evan Warnken said: "You can do all the dry fire training in the motorpool you want but coming out to the field helps you build up the confidence that you can do your job."

The unit is also scheduled to conduct a 13F advance individual training course and the basic officer leader course at Fort Sill in the near future.

Image: A Battery 1-17th FA soldiers fires a 155mm round from an M109A6 Paladin howitzer during its certification exercise at Fort Sill, US. Photo: courtesy of Sgt. Nathaniel Foster, 75th Fires Brigade PAO.