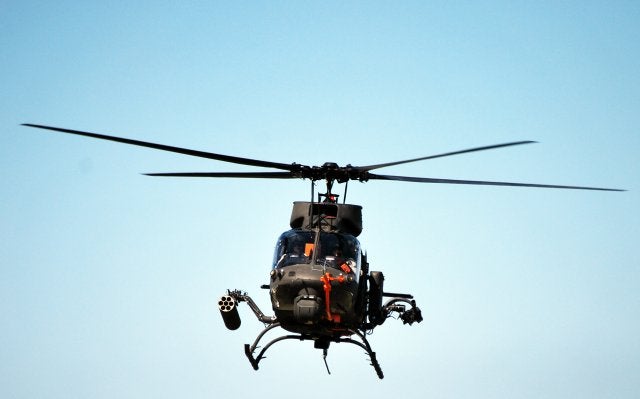 Designed to address obsolescence issues in the aircraft and its sensor capabilities, the CASUP programme converts the existing OH-58D Kiowa Warriors into OH-58F models, which represents a major modernisation to the helicopter in the last 20 years.

"We believe we will be able to overcome that risk and still perform the mission in major combat operation-type environment."

"With the linkages that are provided through communications, through manned-unmanned teaming in the current generation of aircraft as opposed to the original OH-58D in the late 1980s, and teaming with other aircraft such as the AH-64 Apache, we believe we will be able to overcome that risk and still perform the mission in major combat operation-type environment," Lynch said.

Weighing 160lb lighter than the D model, the OH-58F helicopters feature a new digital cockpit that can be customised to display mission related information, doubled processing speed, as well as separate map and data viewing capability for the pilot and co-pilot.

Meanwhile, the Redstone Arsenal has already started production of Prototype Qualification 1 OH-58F, as the army is awaiting a decision to either pursue Kiowa Warrior replacement programme, called Armed Aerial Scout (AAS), or overhaul the helicopter with a service life extension programme (SLEP).