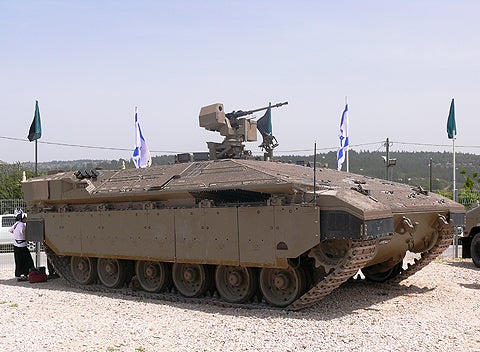 The US Army is planning to test Israeli and Swedish military vehicles and Armoured Personnel Carriers (APCs) in late 2012 at White Sands Missile Range in New Mexico, US, as part of its Ground Combat Vehicle (GCV) programme.

The assessment will allow the army to look at various options that meet the requirements of the infantry vehicle programme.

Other vehicles that will be tested at New Mexico include Bae Systems-built Swedish CV90, Bradley M2A3 fighting vehicle and GD Stryker double-V-hull vehicle.

The $40bn GCV infantry fighting vehicle programme aims to deliver a vehicle that is capable of carrying an entire squad of nine soldiers along with their equipment and protecting them from improvised explosive devices and modern warfare threats.

More than 1,874 GCVs are expected to be fielded to replace a portion of the Army’s Bradley infantry fighting vehicle fleet.

The Army has already awarded contracts to GDLS and BAE Systems for the technology development (TD) phase of the programme, and has requested Pentagon for a funding of $640m in the 2013 defence budget proposal.

The third contender, the SAIC-led team comprising of Boeing, Krauss-Maffei Wegmann and Rheinmetall, was not awarded a contract for the TD phase, resulting in SAIC protesting against the army’s evaluation decision.

The protest, later denied by the Government Accountability Office (GAO), halted programme development for about three months, delaying the army’s plan to deliver the vehicle in seven years, or in 2018.

The Military Satellite Market in Israel to 2024: Market Brief