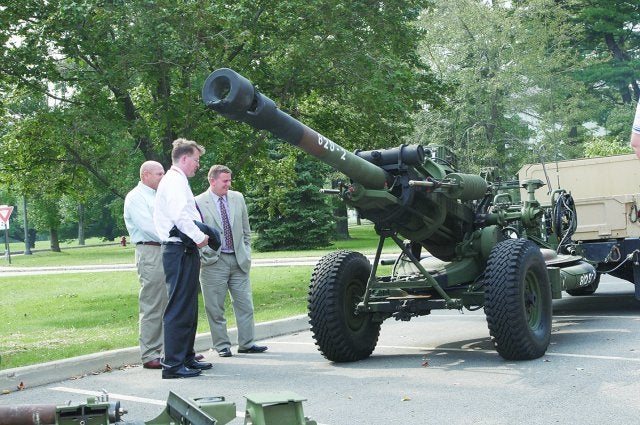 Around four upgraded M119A2s have been delivered to various installations by the US Army Program Executive Office (PEO) along with the Armament Research, Development and Engineering Center (ARDEC) for safety testing.

The new 105mm howitzer is integrated with a digital fire control system that includes a guided-precision system (GPS) technology aided inertial navigation unit (INU) to help the weapon determine its precise geographical location on its own.

The lightweight M119A2 howitzer provides suppressive and protective fires for infantry units and basically employs glass and iron optical sites to survey and detect the location, but the integration of the INU allows the soldier to fire the first round within two to three minutes.

Additionally, the digital fire control system will also help the M119A2 cannoneers in evading enemy fire by allowing them to ‘shoot and scoot’.

The software development and integration of the digital fire control system was performed in-house at ARDEC and 90% of the software was derived from the M777A2.

M119 product manager Joe Lipinski said: "We have started safety tests in October, and that will allow us to go to operational tests next June. Then we will go into type classification and material release this time next year (2012), which would allow us to go into production and retrofit the weapons."

The army has plans to upgrade 603 howitzers with the digital fire-control system and deliveries are scheduled for early 2013.