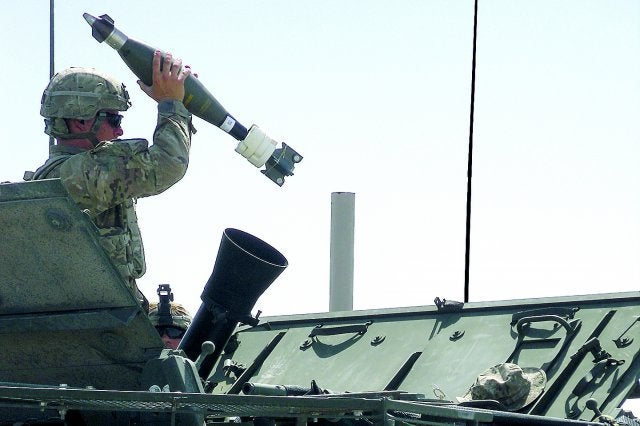 "Integration of APMI into the Stryker platform gives the troops greater flexibility and increased maneuverability," while added APMI will "have the same precision, but on a platform that can easily go wherever needed," said Hom.

The move is also expected to increase operational use of 120mm mortar rounds in Afghanistan, compared to current scenarios where they are often placed at mortar positions in Forward Operation Bases and Combat Outposts throughout the country.

The 120mm GPS-guided mortar cartridge has an original requirement of 10m Circular Error Probable (CEP), but has exceeded the requirement, therefore providing commanders with an indirect firing capability to destroy enemy troops, materiel, bunkers and other infantry-type targets.

APMI achieved direct hit on a target with the first round, during the exercise, which involved participation from an infantry division of the 3-2 Stryker brigade combat team, higher headquarters 5-20 Infantry and B Troop 1-14 Cavalry Division.

The mortars have already been fielded with the army’s Infantry Brigade Combat Team (IBCT).

Image: A US Army soldier prepares to fire the first APMI round from a Stryker MCVV in Afghanistan. Photo courtesy of: US Army.

Qatar requests $1bn sale of FS-LIDS system from US