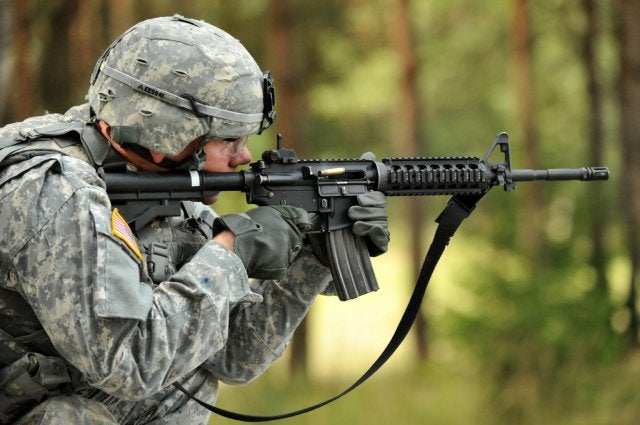 The US Army has formally scrapped the improved carbine (IC) competition without selecting a winner after phase 2 testing of follow-on weapon for the M4 rifle ended in failure.

Program Executive Office – Solider brigadier general Paul Ostrowski said none of the eight IC competitors were able to achieve the minimum scoring required to move beyond phase 2 of the competition.

An M4 replacement was initially proposed by the army in 2008, while the competition was announced in 2011 for a non-developmental weapon, seeking participants to showcase existing products.

The first phase of the competition was successfully completed by all eight competitors, in Adcor Defense, Beretta, Colt Defense, Fabrique Nationale, Heckler & Koch, Lewis Machine & Tool, as well as Remington Defense and Troy.

The cause of failure has not yet been determined, but the army is expected to collaborate with participants to find out the reasons in order to progress to the next phase.

Ostrowski said the service will now continue to look at the developing state of small arms technology and existing carbines, while considering the current fiscal environment.

"The army is in a position where it must conclude the individual carbine competition, because none of the competitors met the minimum requirement to pass into the next phase."

"All of these are things that will determine the army’s path going forward," Ostrowski added. "I will tell you this, there is not an immediate move to engage in another competition at this time."

Meanwhile, the army has decided to continue operation of the M4 carbine or improved M4A1 carbine as its issued weapon, based on positive feedback received from surveys of soldiers returning from combat.

The service has followed a ‘dual-path’ strategy for the M4 replacement, which included continued enhancements to the existing weapon leading to conversion to M4A1, besides the IC competition.

"We’ve made 92 improvements to the M4/M4A1 over the course of time since 1990, when the weapon was introduced. We will continue that trend," Ostrowski said.

The Military Ammunition Market in India to 2025: Market Brief