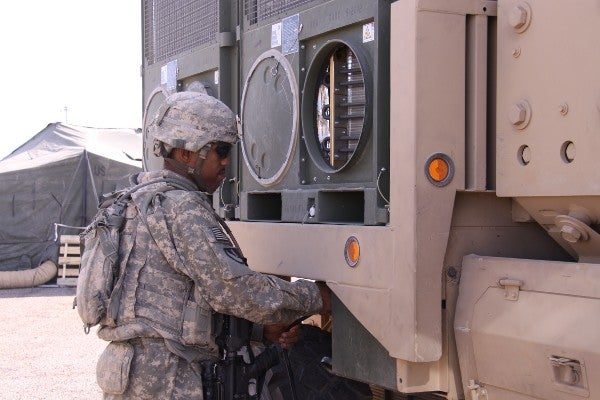 The US Army has issued a sources sought notice requesting interested industry and government sources to participate in the lateste Network Integration Evaluation (NIE) exercise, NIE 14.1.

Processed through the army's System of Systems Integration (SoSI) Directorate, the notification aims to identify emerging capabilities that can improve the current network systems abilities for validation against a set of entrance criteria in a relevant environment.

The mature solutions are currently at the representative model or prototype system stage, and are capable of meeting specific identified gaps in the existing and future networked equipment solution set.

SoSI director colonel Rob Carpenter said the implementation of the common operating environment would enable the army to validate non-networked operational energy systems and serve as a prominent part of NIE 14.1.

"Solutions being sought in NIE 14.1 will help inform capability sets and the NIE construct as it matures to a joint environment in NIE 14.2," Carpenter added.

"Solutions being sought in NIE 14.1 will help inform capability sets and the NIE construct as it matures to a joint environment in NIE 14.2."

A request for proposal (RFP) was first issued by army in December 2012, enabling the service to seek solutions for targeted capability gaps in support of NIE 14.1 assessments.

The NIE 14.1 is scheduled to be conducted in the US at Fort Bliss in Texas and and White Sands Missile Range (WSMR), New Mexico, in October/November 2013.

The semi-annual exercise series is aimed at further integrating and advancing the army's tactical network, as well as accelerating and enhancing the way networked and non-networked technologies are provided to troops.

Image: A US soldier operating a generator mounted on a tactical vehicle. Photo: courtesy of Ms Claire Heininger (ASA (ALT)).