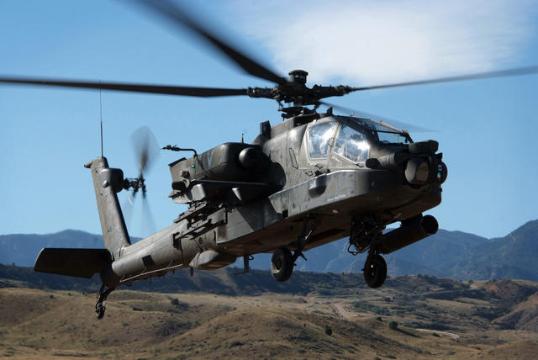 "With more than 685 modernised LRFD kits on contract, this milestone signifies Lockheed Martin’s ability to deliver on its commitment to supporting the soldier," Hoffman added.

US Army Apache sensors product manager lieutenant colonel Steve Van Riper said: "The US Army looks forward to a lasting relationship with the Lockheed Martin and Selex team; we anticipate continued success as we quickly ramp-up to our planned production rate and begin fielding."

"We anticipate continued success as we quickly ramp-up to our planned production rate and begin fielding."

Capable of designating an aim point by means of a laser for the Hellfire II missiles, M-DSA M-LRFD kits are designed to serve as the chief targeting aid for the Apache helicopter by establishing the range to target for accurate weapon aiming.

Second phase M-DSA upgrades are expected to add colour to the Apache cockpit display, in addition to enhancing situational awareness and communications with ground forces.

Image: A US Army’s AH-64D Apache readies to bring ammunition for gunnery exercises at Fort Carson in Colorado, US. Photo: courtesy of US Army, by Dustin Senger/Released.