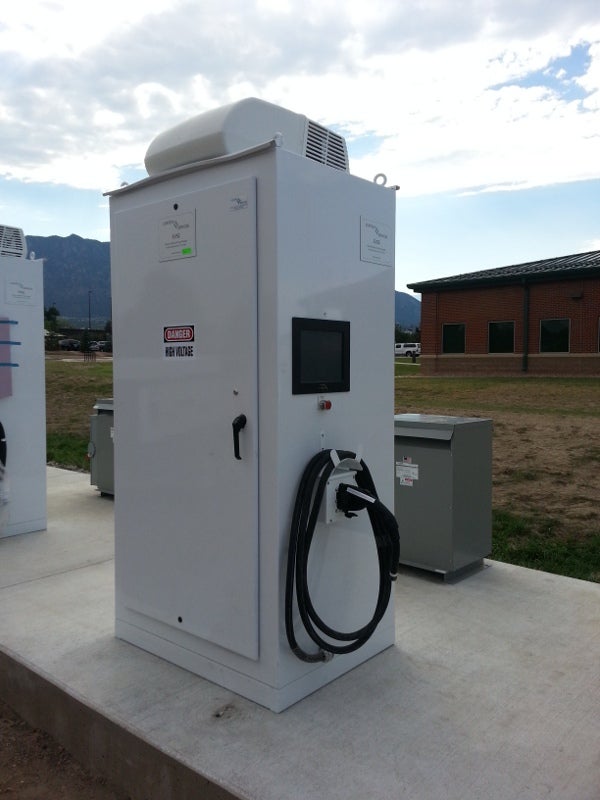 A team of Burns & McDonnell engineers, alongside subcontractor Coritech Services, has commissioned five bidirectional chargers and aggregating control systems at Fort Carson in Colorado, US, as part of the US Army’s smart power infrastructure demonstration for energy reliability and security (SPIDERS) microgrid project.

Designed for Fort Carson’s plug-in electric vehicles fleet, the bidirectional, fast-charging stations are capable of supplying power back to the base microgrid when required, to help address installation demand or enhance overall power quality.

Carried out using both Boulder Electric Vehicle and Smith Electric trucks, the commissioning marks a significant milestone of the Fort Carson SPIDERS project, which is moving closer to completion.

The vehicles were supplied for use on SPIDERS under separate agreements with the US Army’s Construction Engineering Research Laboratory (CERL) and Tank Automotive Research, Development and Engineering Center (TARDEC).

Besides offering plug-in electric vehicles up to 300kW of power, the chargers are also capable of discharging a like amount of stored energy from the vehicle batteries to the grid or microgrid through the society of automotive engineers (SAE) standard J1772-compliant bidirectional charging cables.

"The commissioning marks a significant milestone of the Fort Carson SPIDERS project."

Having tested to charge and discharge at full capacity of 60kW, every charger has also imported and exported a combined 394kVAR to local grid even when the vehicles are not connected, which increases power factor of the loads at the base, apart from reducing cost for transmission of power from the local utility.

In addition, the chargers are incorporated into the SPIDERS backup power microgrid, enabling the base to use a bidirectional-capable electric vehicles fleet as energy storage devices, which in collaboration with diesel generators and a 2MW solar photovoltaic array increases reliability and efficiency of backup power systems to critical facilities.

Primarily managed by the US Army Corps of Engineers (USACE), the SPIDERS project also features technical guidance from both CERL and TARDEC.