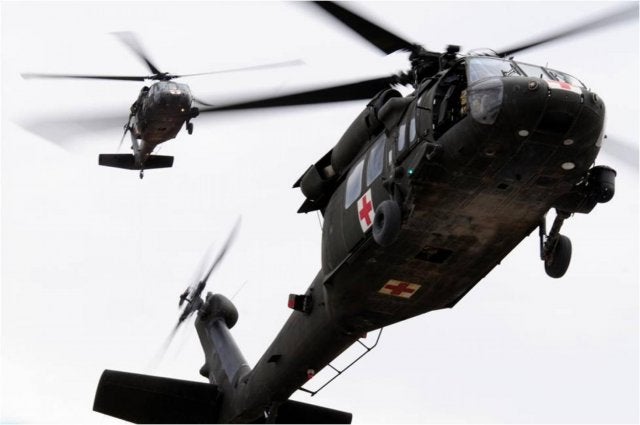 FLIR Systems has secured a contract for delivery of a medical evacuation (MEDEVAC) Mission Sensor (MMS) system for the US Army’s UH-60A Black Hawk helicopters.

Under the terms of the $81m blanket purchase agreement, the company will supply unspecified units of MMS configuration of its commercially developed, military-qualified Talon thermal imaging system to the army.

The system, delivered under the initial $19m award, will be installed onboard both fielded and new Black Hawk MEDEVAC helicopters.

FLIR president and CEO Earl Lewis said: "Our highly advanced imaging systems enhance the efficient and safe location and transport of injured personnel and medics in the field.”

"Our highly advanced imaging systems enhance the efficient and safe location and transport of injured personnel and medics in the field."

Capable of operating onboard a variety of fixed and rotary-wing aircraft, ships, small boats, and land vehicles, the system features up to six payloads simultaneously, with SMPTE digital video for all channels, therefore ensuring availability of high resolution images during day and low visibility conditions.

Powered by two General Electric T700-GE-701 engines, the UH-60A Black Hawk is a primary division-level transport helicopter, and can be readily modified to carry four litters through the removal of eight troop seats in the MEDEVAC role.

Manufacturing work is scheduled to be carried out at the company’s facility in Billerica, Massachusetts, US, while deliveries are expected to be complete by 2014.