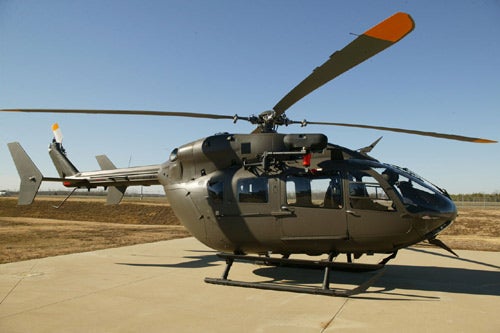 EADS North America has been awarded a $212.7m contract by the US Army for the delivery of 39 UH-72A Lakota light utility helicopters (LUH) as part of its total acquisition plan.

Under the contract, 32 of the additional Lakota LUH helicopters will be built in the US Army's Security and Support (S&S) Battalion configuration equipped with the mission equipment package (MEP). The S&S Battalion Lakota will allow Army National Guard units to continuously support federal law enforcement and first responders during disasters or emergency situations.

The US Army has ordered 232 UH-72As out of 345 helicopters under a Defence Acquisition Category (ACAT) I programme that will run through 2015. EADS has already delivered 198 Lakotas to the US Army, along with five H-72A versions to the US Navy for test pilot training purposes.

Work on the helicopter will be carried out at the company's Eurocopter facility in Columbus, Mississippi, US, while integration and testing of the S&S Battalion MEP will be performed at Eurocopter's facility in Texas, US.