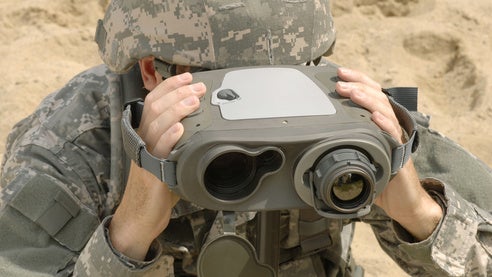 BAE Systems has been awarded a contract for the delivery of additional Target Reconnaissance Infrared Geolocating Rangefinder (TRIGR) laser target locator modules (LTLMs) to the US Army.

The latest $23.5m order represents the third contract for LTLMs by the army and follows previous $72m and $23m awards received in 2009 and February 2012, for TRIGR initial production and additional deliveries respectively.

”Our single handheld unit weighs less than 5.5 pounds and has been qualified through rigorous testing and environmental conditions,” Zukauskas added.

The TRIGR helps dismounted soldiers to rapidly identify target’s locations during day and night operations, even in poor visibility conditions due to smoke or dust, and transmit the data to fire support, manoeuvre command and control and intelligence systems to aid in target engagement.

"The latest $23.5m order represents the third contract for LTLMs by the army."

Designed for use in either handheld mode or tripod mounted, the system can be easily operated by forward observers, scouts, snipers, as well as small unit leaders.

Manufacturing work under the contract will be carried out at BAE’s facilities in Nashua, New Hampshire and Austin, Texas, US, while information regarding the delivery schedule and number of units remain undisclosed.