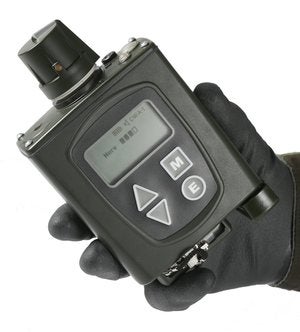 Smiths Detection has been awarded a contract modification for the supply of additional chemical agent detection systems to the US Army.

Awarded under the US Department of Defense’s (Dod) Joint Chemical Agent Detector (JCAD) programme, the $7m contract covers delivery of its enhanced M4A1 JCAD systems to the army.

”Recent news coverage of possible chemical weapons use is a reminder about why JCAD is such a critical technology to help safeguard troops around the world,” Roncalli said.

Manufactured at Smiths Detection’s facility in Edgewood, US, the M4A1 JCAD is an advanced, non-radioactive chemical point detector designed to safeguard lives through automatic detection, identification and quantification of both chemical warfare agents and toxic industrial chemicals.

Based on the company’s LCD product line of advanced, light-weight, threat detection devices, the device is capable of detecting lower levels of chemical warfare vapours compared to its predecessor, M4, in sufficient time to enable troops take protective measures, such as contamination avoidance or an increase in mission-level protective posture.

"The chemical point detector is designed to safeguard lives through automatic detection, identification and quantification of both chemical warfare agents and toxic industrial chemicals."

Operated in either a hand-held mode or mounted onto several platforms, including ground vehicles, fixed-site installations and collective protection shelters, the easy-to-maintain device weighs less than 2lbs, and can be worn or easily carried by personnel without interference..

Besides the stand-alone mode, the detector can also be operated as part of a small local network of other JCAD units, or networked with the joint warning and reporting network (JWARN), as part of a larger network of biological and chemical detectors.

The number of units ordered and the contract’s performance period have not been revealed by the company.