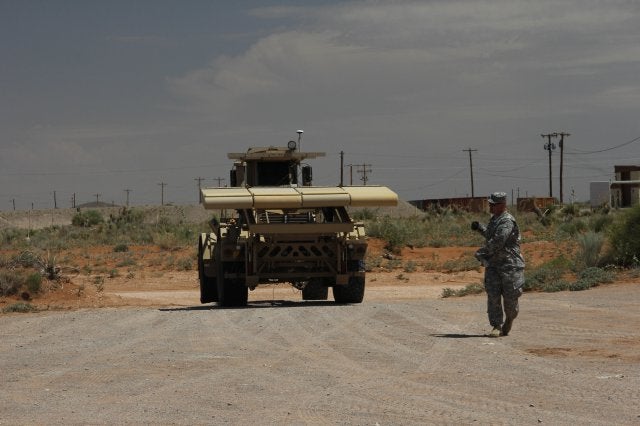 The US Army’s soldiers and combat engineers have conducted testing and evaluation of the new Husky vehicle-mounted mine detection cause and effect system (HMDS-CES) trainer at McGregor Range in New Mexico, US.

During the five day testing, several scientists, trainers and soldiers, including those from 3rd Battalion (Engineer), 364th Regiment, and 5th Armored Brigade (Task Force Rampant) Division West were trained on HMDS-CES. It is designed to simulate a critical detection system currently used during route clearance missions in Afghanistan.

The training system offers a highly realistic experience, eliminating the need for soldiers to wait until Afghanistan deployment to be trained on critical route clearance system.

"When they arrive in the country and fall in on the live system, they will become ready to conduct the critically important route clearance mission in a short period of time with minimal additional training," Stadler said.

“The cause-and-effect trainer is a great improvement to the current surrogate trainer because it provides feedback similar to the live system.”

Task Force Rampant Husky operator and trainer staff sergeant Jeremiah Lindquist added: "The cause- and-effect trainer is a great improvement to the current surrogate trainer because it provides feedback similar to the live system."

Apart from improving the operator’s field of vision, the CES also helps detect threats near the vehicle, and replicate explosions upon failure by operators in responding to critical warnings or indicators.

HMDS-CES will be operated by the 5th Armored Brigade to train army reserve and national guard in route clearance units.

Image: The experimental cause-and-effect system trainer being readied for testing on Husky vehicle at McGregor Range, US. Photo: courtesy of US Army.