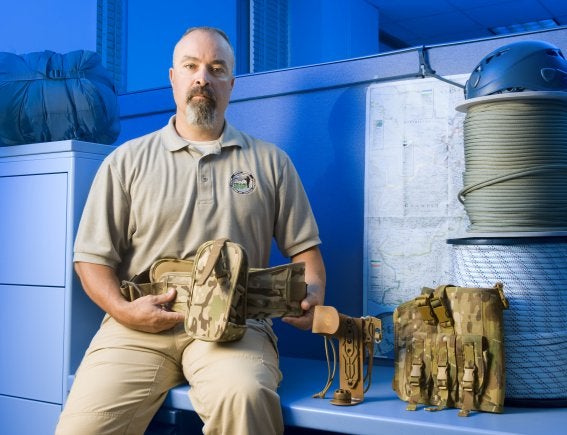 Three holster types, 167 of each, were acquired by the Product Manager Soldier Clothing and Individual Equipment (PM SCIE) following soldiers’ complaints that the sling provided with the launcher for transportation, when not mounted to the M4 carbine or M16 rifle, often caused the weapon to drag through the dirt.

"They decided they wanted to be able to put it in a holster rather than just shove it in their rucksack," Bean said.

Acquired from three commercial vendors using a ‘buy-try-decide’ concept, the holsters vary from each other, with the first model features pockets for grenades but is bulky, the second is more streamlined but provide less protection for the launcher, whereas the third represents a cross between the first two.

"The sling provided with the launcher for transportation often caused the weapon to drag through the dirt."

The holsters have already been validated by the personnel from the 75th Ranger Regiment at Fort Benning in Georgia, in May, to ensure that the equipment could be tested with an entire brigade combat team.

"None of them have performed necessarily any better than the other ones. They all have some small things that need to be tweaked,” Bean said.

Currently the holsters are being evaluated by the soldiers from the 10th Mountain Division (Light Infantry), the 86th Infantry Brigade Combat Team of the Vermont National Guard, and those forward deployed in Afghanistan, and the data will be collected by the Natick Soldier Research, Development and Engineering Center.

The recommendation for acquisition is expected to be made by PM SCIE to the Maneuver Center of Excellence in early 2014.

CAES to support US Army PGK programme with M-Code antennas