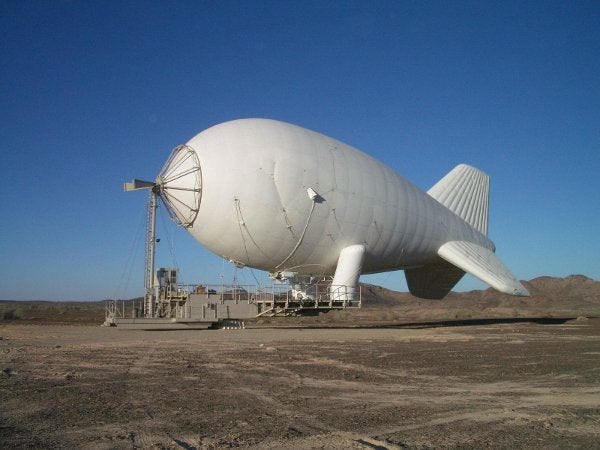 The US Army has conducted in-flight demonstrations of the first L-3 Wescam-built MX-25 electro-optical/infrared (EO/IR) imaging system at Yuma Proving Ground in Arizona, US.

Carried out by the Persistent Threat and Detection System (PTDS) Communications-Electronics Command (CECOM) team after two hours of installation, the demonstrations validated the system’s ability to serve as a plug-and-play upgrade path for MX-20 imagers currently installed onboard PTDS aerostats.

L-3 WESCAM government sales and business development vice president Paul Jennison said verification of the possibility that the MX-25 could be quickly installed as a spiral PTDS upgrade was a necessity as the army needed insurgent activity identification at longer distances as soon as possible.

"Engineering this long-range solution for the US Army represents the fifth technology spiral path that L-3 WESCAM has provided to CECOM since PTDS became operational in 2005," Jennison said.

"Engineering this long-range solution for the US Army represents the fifth technology spiral path that L-3 WESCAM has provided to CECOM since PTDS became operational in 2005."

During the nine day evaluation programme, the team conducted a side-by-side resolution testing between the MX-20 and MX-25 imagers. The MX-20 delivered similarly detailed thermal imagery at 50% greater standoff distances.

The company has stated that the improved situational awareness and range capabilities demonstrated by the system has been achieved through using a significantly larger infra-red (IR) lens aperture, a high-definition IR imager, as well as an enhanced stabilisation.

Capable of housing up to seven imaging and laser sensors, the MX-25 imager is also expected to be further equipped with a laser designator option.

Manufactured by Lockheed Martin, the PTDS is an aerostat-based intelligence, surveillance and reconnaissance (ISR) and communications system deployed to support convoy-protection and counter-improvised explosive devices (C-IED) missions of the US military and allied forces in Afghanistan.

Image: The PTDS systems are currently by the US military to provide situational awareness for soldiers in Afghanistan. Photo: courtesy of usarmy.vo.