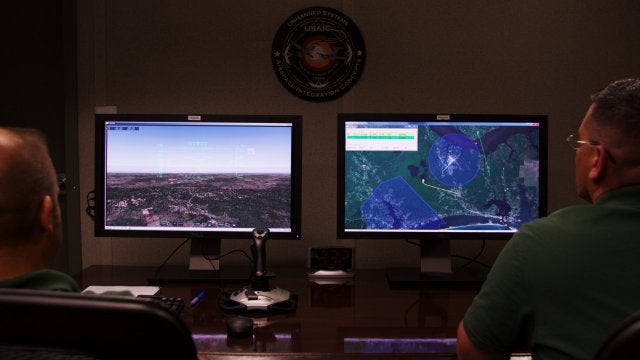 The US Army has demonstrated the capabilities of its newly developed ground-based sense and avoid (GBSAA) system, designed for the safe operation of unmanned aerial vehicles (UAVs) in national air space (NAS) from May 2014, at Dugway Proving Ground in Utah, US.

During the two week testing, conducted recently, the GBSAA system underwent a total of seven training vignettes using both live and synthetic MQ-1C Gray Eagle unmanned aircraft system (UAS) and synthetic intruders, to allow for a detailed evaluation of its design and functionality.

US Army’s unmanned systems airspace integration product director Viva Austin said that the test flights had exceeded the army’s expectations in both the cases.

"We are ready to begin the certification process in order to be fielding in March 2014 for the Gray Eagle locations," Austin added.

The five locations that have been identified by the army for Gray Eagle basing and training include Fort Hood in Texas, Fort Riley in Kansas, Fort Stewart in Georgia, Fort Campbell, Kentucky, and Fort Bragg in North Carolina.

"We are ready to begin the certification process in order to be fielding in March 2014 for the Gray Eagle locations."

According to the army officials, the GBSAA is a radar and warning system is designed to operate the UAS in NAS in compliance with Federal Aviation Administration (FAA) regulations, which require a pilot be able to ‘see and avoid’ other aircraft flying in the same airspace.

The system is also capable of monitoring the location and altitude of the UAS and other aircraft; it can also detect possible collisions and provide the operators with solutions to avoid those collisions.

Following approval from FAA, the first system is scheduled to be deployed at Fort Hood in March 2014, followed by the installation at all five sites by 2015.

Image: Two operators fly a UAS during one of the synthetic flight vignettes using a GBSAA system. Photo: courtesy of US Army.