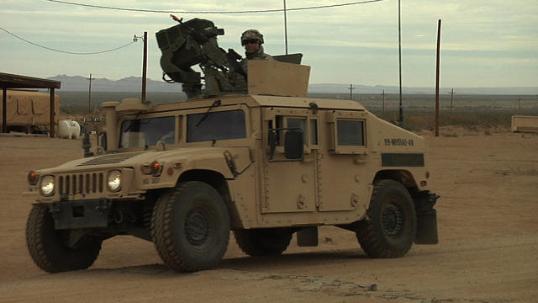 The company is collaborating with Granite Tactical Vehicles to perform work on the programme, with follow-on potential expected to include work on up to 5,750 vehicles.

Under the contract, the team will install its MECV-S protection system onboard two government-furnished HMMWVs followed by their delivery for improvised explosive device (IED) evaluations at the Aberdeen Proving Ground in Maryland, US, in the summer 2013.

In addition, the computer aided design (CAD) models will be submitted for further analysis.

Having a lower centre of gravity than an up-armoured HMMWV, the lightweight and highly-survivable TM&LS/Granite vehicle protection system is also capable of withstanding small arms fire, blasts and the secondary effects of blasts, including as fire, crushing, rollover and collision.

The system can be easily supported and maintained, while also retaining all of the original HMMWV cab characteristics by using existing controls, linkages and drive systems.

An array of scalable armour technologies is currently being sought by the army to meet the existing and future threats to its HMMWV combat vehicle fleet.

Image: A US Army soldier in a HMMWV participates in the NIE 12.1 exercise at White Sands Missile Range. Photo: courtesy of US Army, by Lt Col Deanna Bague/Released.