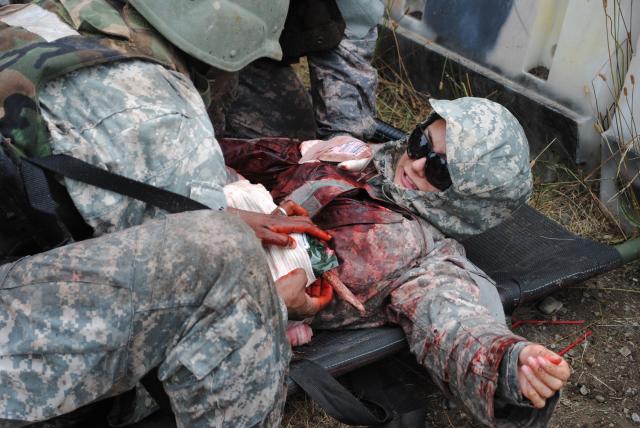 Think-A-Move (TAM) has been awarded a contract for development and delivery of a speech and connectivity interface for mobile medical tactical environments (SCIMMITAR) system to the US Army.

Capable of running on an Android operating system based device, such as a smartphone, the SCIMMITAR system will be designed to help military medics to provide improved casualty care in the battlefield.

Using the device, medics will be able to access important information required for casualty treatment by interacting with remote data sources in the presence of a network connection in the battlefield.

As well as transcribing the medic’s spoken progress notes, the SCIMMITAR will also help the medic complete all fields on the TCCC card that always remain incomplete, as it requires the medic to stop treatment of the wounded personnel.

Image: A US Army soldier simulates being treated for injuries during a training event at the Medical Simulation Training Center at Joint Base Lewis-McChord in US. Photo: courtesy of Tawny M Dotson.