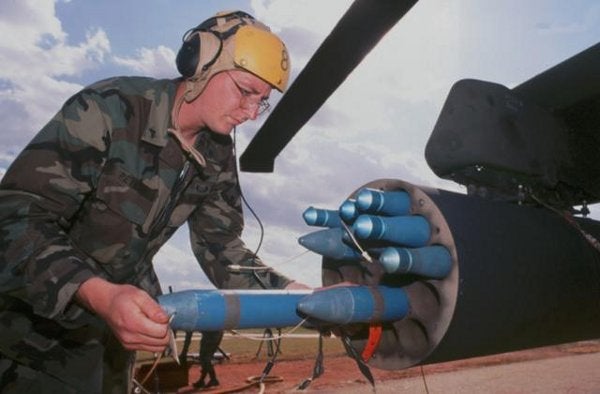 General Dynamics Armament and Technical Products (GDATP) has been awarded two contracts for production and support of the US Army’s Hydra-70 rocket system programme.

Awarded by the Army Contracting Command (ACC), the first $210.4m contract covers production of an undisclosed number of Hydra-70 air-to-ground rockets units, while the second $13.5m award involves provision of engineering services for the programme.

General Dynamics armament and technical products armament systems vice president and general manager Steve Elgin said the company has been a Hydra rockets supplier to the US soldiers and several other allied forces for more than 15 years.

"Our long-held experience in managing the Hydra programme allows us to work closely with the army to deliver a weapon that is affordably built and dependable in action," Elgin added.

Based on the US Navy-built Mk4/Mk 40 70mm folding-fin aerial rocket (FFAR), the Hydra-70 is a family of 2.75in unguided rockets designed to provide soldiers with required firepower for effective engagements and area suppression of low-value targets in the battlefield.

"Our long-held experience in managing the Hydra programme allows us to work closely with the army to deliver a weapon that is affordably built and dependable in action."

The rocket features a MK66 rocket motor, which is mostly mounted on helicopters and some aircraft, and a warhead that varies to address a wide range of mission requirements, as well as the associated point-detonating, omni-directional, remote-set fuse.

More than four million Hydra-70 rockets have been manufactured by the company in support of the US Army’s Joint Attack Munition Systems Project Office, since 1996.

Manufacturing work on Hydra-70 rockets is carried out at the company’s facilities in Arkansas and Ohio, whereas the engineering service support and programme management is being performed at General Dynamics’ technology centre in Williston, Vermont, US.

Deliveries under the contract are expected to complete in early 2015.

Image: A US Army personnel installs the Hydra 70 rockets on a helicopter. Photo: courtesy of Skip Vaughn, USAG Redstone.