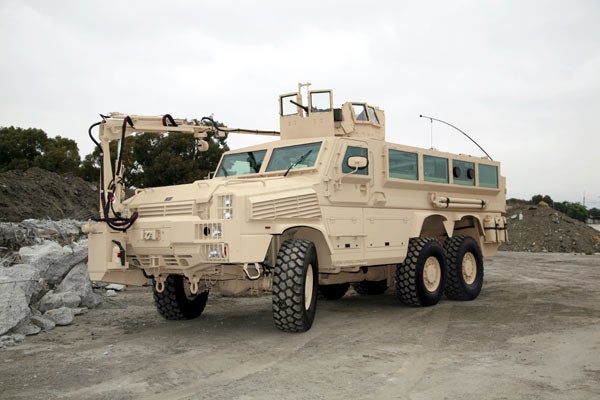 BAE Systems has been awarded a contract to support conversion of the US Army's RG33 mine-resistant ambush-protected (MRAP) vehicles into medium mine-protected vehicles (MMPVs).

Awarded by the Letterkenny Army Depot (LEAD), the $37.6m contract covers delivery of spare parts and kits for conversion of a total of 250 RG33 MRAPs into the 6x6 wheeled military vehicles.

"Our work on the MMPV programme will not only increase the capabilities of the vehicle, but will also further strengthen our partnership with the Letterkenny Army Depot," Houston added.

"Our work on the MMPV programme will not only increase the capabilities of the vehicle, but will also further strengthen our partnership with the Letterkenny Army Depot."

Activities to be broadly carried out by the company will include supply of a rear ramp, which is required for the deployment of remotely operated unmanned ground vehicles (UGVs) in route and area clearance operations, as well as a new heating and air conditioning system for the reset programme.

Equipped with a V-shaped hull, the MMPV is a class of armoured wheeled vehicle designed to provide enhanced troop protection against a wide range of symmetrical, asymmetrical and unconventional explosives hazards in the battlefield.

Assembly of the spare parts and kits will be carried out by the company's existing workforce at its facility in Anniston, Alabama, US.