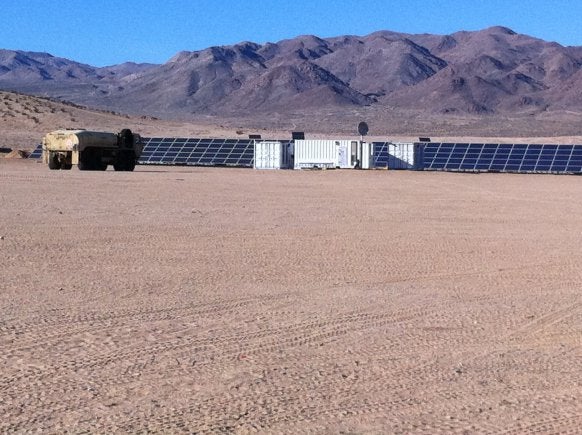 Arista Power has secured a contract to continue development of an intelligent micro-grid system in support of the US Army Communications Electronics Research and Development Center’s (Cerdec) renewable energy for distributed under-supplied command environments (REDUCE) programme.

Valued at $625,000, the contract builds on the programme’s successful Phase I and Phase II awards received by the company in January and October 2012 respectively.

Under the new contract, the company will continue the standardisation of interfaces and also develop of an open communication protocol enabling a truly plug and play environment to be utilised by military micro grids deployed in forward operating bases.

Specifically, the contract requires the company to supply demonstrated capability of an advanced energy resource manager and the ability to seamlessly utilise multiple energy storage systems of varied chemistries within the same micro-grid system.

"The Department of Defense (Dod) has set up an overall goal of obtaining 25% of its energy from renewable sources by 2020."

Arista Power intelligent micro-grid system programme operations vice-president and project manager, Adeeb Saba, said the Department of Defense (DoD) has set up an overall goal of obtaining 25% of its energy from renewable sources by 2020.

”Arista Power is proud to be playing a role in this effort and is committed to being a reliable and innovative partner of the US Army and the DoD in their ongoing efforts toward achieving that objective,” Saba said.

Currently, the majority of power used by the US armed forces for operations in remote locations is being provided by diesel generators that are costly to run and also pose threat to human lives.

Intelligent micro-grids have been designed to seamlessly integrate both renewable and legacy energy sources to support scalability and automatic operation, required for delivery of reliable power in remote locations, helping military lessen its fossil fuels use and save soldiers lives by reducing fuel transport requirement, according to the company.

Image: Arista Power will continue development of the intelligent micro-grid system for the US Army. Photo: courtesy of Dennis Simon.