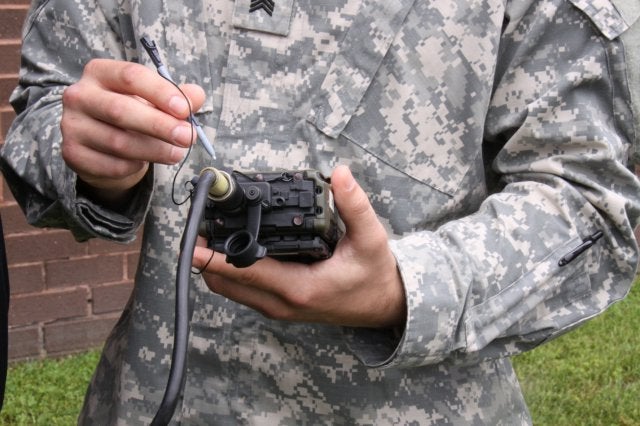 The US Army’s project director and communications security (PD COMSEC) is nearing installation of a new handheld device to boost protection of the service’s communication devices.

Nearly half the size of SKL, the NGLD-Small features a new digital display on the front and offers the same security protection as the larger SKL system.

The NGLD devices are used to receive, store, manage and export electronic keys that are loaded into communications devices such as radios, phone, computer and satellite terminals to secure networks.

"The NGLD-Small features a new digital display on the front and offers the same security protection as the larger SKL system."

The devices have also been put through their paces during the network integration evaluation (NIE) exercises at Fort Bliss in Texas, and White Sands missile range in New Mexico, US, to confirm their ability to address the army’s vigorous environmental requirements.

PD COMSEC special projects officer for the programme executive office for command, control and communications-tactical (PEO C3T) technical management division, Stan Scofield said: "We had trainers come in with the different devices and teach the soldiers how to use them. It didn’t take very long to get them up and running on the new devices.”

Meanwhile, PD COMSEC is also planning to recommend some improvements to manufacturers to help ensure that soldiers are provided with every possible advantage while securing military networks in hostile environments.

Clayton said: ”We want to make sure they can completely load, interface and configure the new army software-defined radios.”

The availability of the field-ready NGLD-Small devices is expected by the end of 2013.

Image: a US soldier tries out a simple key loader device at Aberdeen Proving Ground in Maryland, US. Photo: courtesy of US Army.