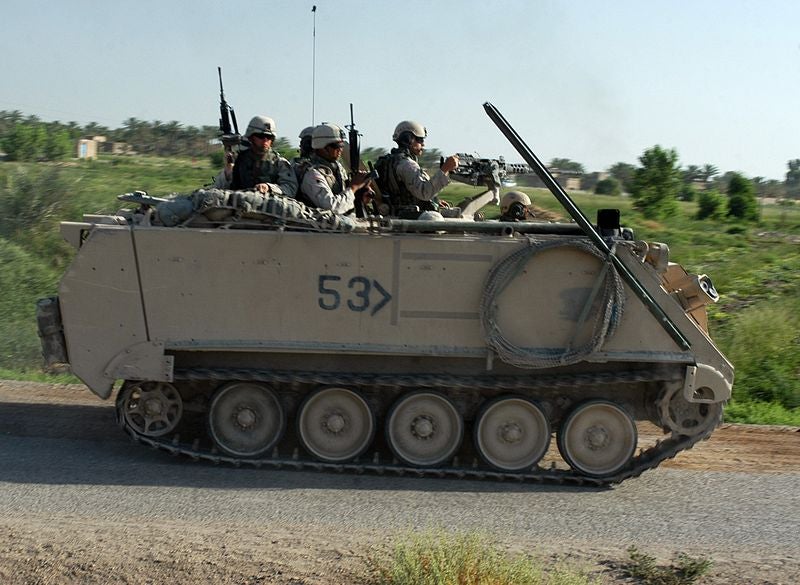 The US Army has announced it is planning to start the production of armoured multi-purpose vehicles (AMPVs), aimed at replacing 3,800 M113 armoured personnel carriers currently in service with the Heavy Brigade Combat Teams (HBCTs) between 2015 and 2017.

The officials were quoted by Army Times as saying that the service is considering the replacement of 3,014 vehicles, while replacement for echelons above brigade will be decided later and requirements may change.

The average unit manufacturing cost is estimated at $1m to $1.7m and the AMPV should have an off-road mobility comparable to M1/M2 Abrams tanks, as well as protection similar to the combat vehicles against direct fire, indirect fire and underbelly threats.

The vehicles will be manufactured in five variants, including general purpose, mortar carrier, mission command, medical evacuation and medical treatment to alleviate current and future capability gaps in force protection, mobility, reliability and interoperability within the HBCT.

The general purpose vehicle will be designed to carry two crew members and six passengers; it will be required to operate on the army’s developmental communications network.

"The general purpose vehicle will be designed to carry two crew members and six passengers."

The service also sought system commonality across the AMPV fleet and with other currently fielded army systems.

Vehicles being considered as part of the analysis of alternatives (AoA) include the Bradley infantry fighting vehicles, upgraded M113s, mine-resistant ambush-protected (MRAP) and Stryker vehicles.

The army will also examine concepts for meeting the AMPV requirements by modifying new start developmental vehicles, such as the ground combat vehicle and the joint light tactical vehicle.

AoA is scheduled to complete by June 2012, followed by the release of request for proposals (RFP) between the first and third quarters of 2013.

BAE Systems and General Dynamics have already shown interest in the programme by offering their fleet of Bradley variants and the double V-hulled Stryker vehicles respectively.

Navistar Defense is also planning to participate in the programme, possibly in partnership with another company.