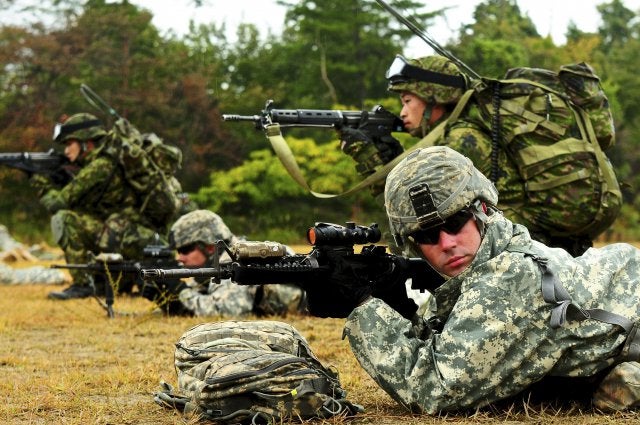 The exercise started on 30 October and witnessed the first-time deployment of 15 General Dynamics Land Systems-Canada-built Stryker armoured fighting vehicles to Japan since its entry into operational service with the US army.

Personnel from both armies conducted air assault training and also exchanged information during the exercise to facilitate learning of each other’s tactics, techniques and capabilities, for vehicles, weapons and other equipment.

The exercise ended with a bilateral field training exercise, which involved all tasks and topics learned during the functional phase of training.

Speaking during the closing ceremony, 33rd Regiment commander colonel Koji Furuya said the exercise has strengthened the US-Japan alliance by providing soldiers with an opportunity to communicate and overcome differences between each other.

"Through this bilateral exercise, mutual understanding of tactics and communication were deepened, which allowed us to enrich our ability and to establish the foundation for smooth bilateral operation," Furuya said.

1-14th Infantry commander colonel Jonathan Larsen added that the bilateral exchange over the past two weeks proved to be beneficial for the security of both countries.

"It is by forming partnerships at all levels, from the individual soldier to the highest units in our forces, that we will ensure continued security," Larson added.

Co-hosted by the US Army Japan and JGSDF, Exercise Orient Shield initially started in 2000 and is an annual premier tactical level bilateral exercise designed to improve interoperability between the two armies at the lowest echelon to help enhance their combat readiness.

The Police Modernization Market in Japan to 2025: Market Brief