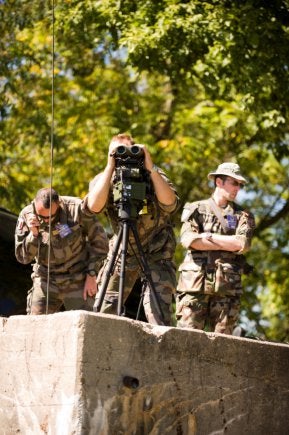 Military personnel from the US and allied nations have participated in the joint staff-led coalition demonstration, code-named Bold Quest 13.2, from 8 to 21 September 2013 at five training centres across Indiana, US.

German Captain and NATO airborne early warning and control system fighter locator Martin Vogt said Bold Quest was a demonstration of new communications systems having real-world applications that enable coalition nations to work together to solve communication issues that might be encountered in the future.

The demonstration features all those different systems that are normally not designed to be compatible but are required to have certain compatibility to facilitate data exchange between the different nations, Vogt said.

The training was carried out at Camp Atterbury near Edinburgh, Grissom Air Reserve Base near Kokomo, the 122nd Fighter Wing in Fort Wayne, Jefferson Proving Ground near Madison, and Muscatatuck Urban Training Center near Butlerville, Indiana, US.

"Embedded in Bold Quest is this idea of integrating not only coalition forces and services internal to the US, but also operating and conducting testing and training."

At Camp Atterbury, the coalition forces successfully carried out live-fire manoeuvres, while conducting a close-air-support mission.

During the live-fire exercise, the Norwegians soldiers networked their radars to their command-and-control system and tracked and fed the location of the US field artillery, after it was fired to French Mirage 2000D fighters to coordinate counter fire.

"What you see embedded in Bold Quest is this idea of integrating not only coalition forces and services internal to the US, but also operating and conducting testing and training and doing so in a collaborating fashion, which is more reflective of the real-world reality," Tooley said.