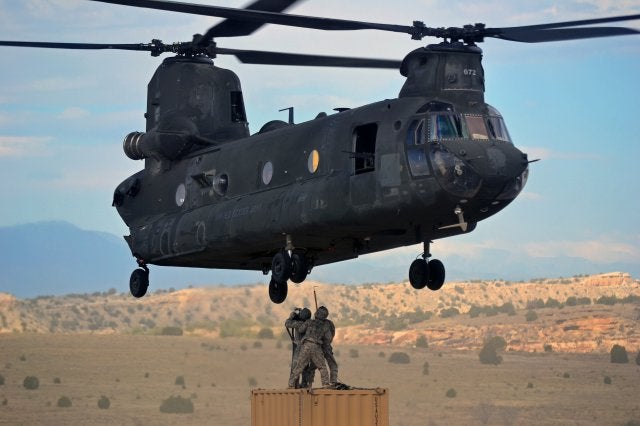 "We are learning many things that will help us develop plans for future training exercises," Detienne said.

During the sling-load training, the soldiers from the second general support aviation battalion’s Chinook and Black Hawk companies perfectly executed all sling-loads manoeuvres.

"The majority of the soldiers performed sling-loads for the first time."

"We started training heavily on the sling-loads for the past two days before the actual training exercise," Fagan said.

The soldiers, along with the tenth special forces group support battalion, were briefed on preparing equipment for a sling-load in five to 30 minutes, depending on equipment type, prior to FTX.

The experience obtained from the FTX is expected to have provided the fourth combat aviation brigade (CAB) with a strong foundation to build from in future exercises.

Noting that the training will help the army to establish a baseline for the CAB, Detienne said: ”In September, we will conduct another field exercise based on more collective tasks."