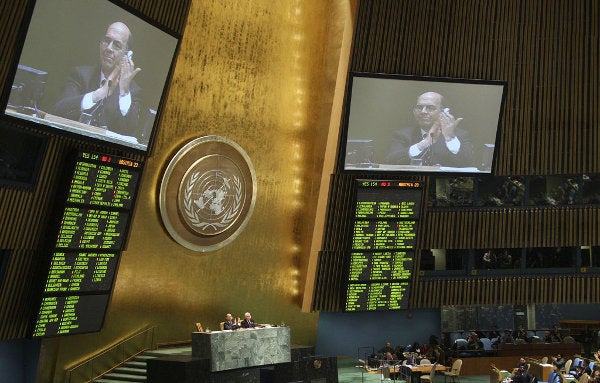 The treaty was put to an assembly vote following failure to achieve unanimous support from all 193 member states during the Final United Nations Conference on the Arms Trade Treaty (ATT), which was held in New York, US, from 18 to 28 March.

Approval for the resolution followed the receipt of 154 votes from member states in favour of the treaty, while Syria, Iran and North Korea voted against the decision and 23 others countries did not vote.

Iran and the North Korea are currently under UN arms embargo due to their respective nuclear weapons and missile programmes.

Absentees include several major weapon manufacturers, such as China, Russia, India, besides Cuba, Bolivia, Nicaragua, with claims that the treaty favoured exporting states.

"Approval for the resolution followed the receipt of 154 votes from member states in favour of the treaty."

Hailing the treaty as a new tool in support of efforts to avoid grave human rights abuses, UN secretary-general Ban Ki-Moon said it would also offer required momentum for other disarmament and non-proliferation initiatives worldwide.

However, the treaty will not interfere with domestic weapons trade or the right to bear arms in member states, ban export of any weapon type, harm states' legitimate right to self-defence, or undermine the practising national arms regulation standards, according to the UN Office for Disarmament Affairs.

Scheduled to open for signing on 3 July, the treaty will come into force 90 days after it is ratified by the 50th signatory.