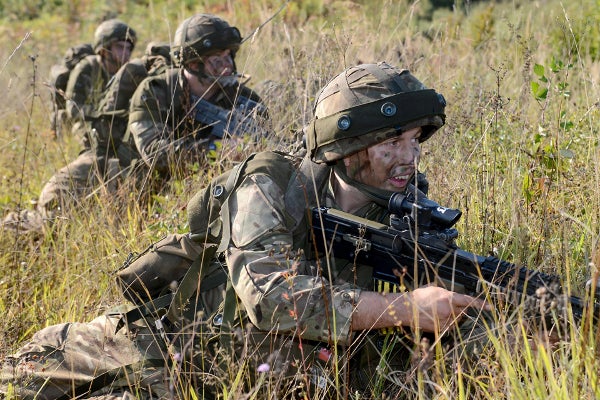 The UK Army soldiers from third battalion The Royal Anglian Regiment have participated in the Exercise Sava Star at the Combat Training Centre in Zaghreb, Croatia.

Involving participation from approximately 140 personnel, the exercise was aimed at providing the army reserves with an opportunity to develop and practise their infantry skills, including patrols, section attacks, harbour security and forest fighting missions.

The two-week exercise also marks the return of British soldiers to the Balkans, 20 years after they served as peacekeepers in the bloody conflict in the region as part of the Nato Stabilisation Force.

The reservists were joined by their regular counterparts from second battalion The Royal Anglian Regiment throughout the exercise, which also incorporates dismounted tactical engagement simulation (DTES) equipment to develop the soldiers’ basic infantry skills within a non-Afghanistan environment and also bring them into action for the relevant army 2020 policy.

The third battalion The Royal Anglian Regiment commanding officer, lieutenant colonel Paul Morris, said the completion of training confirms that the soldiers are in the best shape they have ever been.

"The training here has been superb, unlike any training the soldiers would have experienced before."

”The training we have completed here has been superb, unlike any training the soldiers would have experienced before,” Morris said.

”Joint exercises like this can only improve that capability and we can look forward to more of this pairing in the future.”

A second battalion private, Luke Call, said participation in such exercises helps soldiers to get to know one another and how to react to a situation, which benefits them when it comes to operations.

”We need to do more of this type of training; it helps build a bond,” Call said.

Carried out at the invitation of the Croatian Armed Forces, the exercise culminated with UK troops training alongside Croatian soldiers, and living in the field, in dense jungle-like forest.