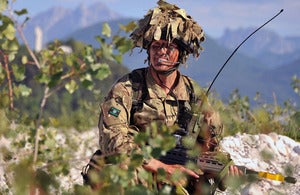 The UK Ministry of Defence (MoD) has selected communications regulator Ofcom to manage its release of 200MHz of radio spectrum for commercial applications.

Supporting the expansion of fourth-generation (4G) mobile services to more people in cities, towns and villages across the UK, the spectrum being released is expected to benefit both business and domestic users by enabling faster speeds, better coverage and much improved reliability.

The 4G networks and future mobile technology innovations are all anticipated to make significant contributions to Britain’s economic growth.

UK Defence Equipment, Support and Technology minister Philip Dunne said release of spectrum will prove to be good for both business and consumers, and will serve as a valuable step in driving growth and building a stronger economy.

”The MOD spectrum to be released will have no impact on national security or the operational effectiveness of the UK’s armed forces,” Dunne said.

The spectrum to be sold is below 15GHz, which is considered the most useful due to its broad range of applications, including mobile broadband uses.

"The MOD spectrum to be released will have no impact on national security."

Demand for additional spectrum is currently increasing due to rise in the use of video and data-hungry applications on smartphones and tablets.

Providing technical and regulatory support to assist MoD’s release plans since late 2012, Ofcom holds vast experience and expertise in successfully conducting large-scale releases of spectrum, and has also completed the auction of 250MHz of spectrum for 4G mobile broadband services early this year.

Commenting on the company, Dunne said: ”Ofcom are experienced in managing radio spectrum sales. I am confident they will oversee a competitive and fair process.”

The public sector currently holds almost half of all UK radio spectrum below 15GHz for defence, emergency services, transport and science applications, with three quarters held by the MoD, in addition to one third of all spectrums below 15GHz.

The Electronic Warfare Market in the United Kingdom to 2025: Market Brief

The Electronic Warfare Market in the United Kingdom to 2024: Market Brief