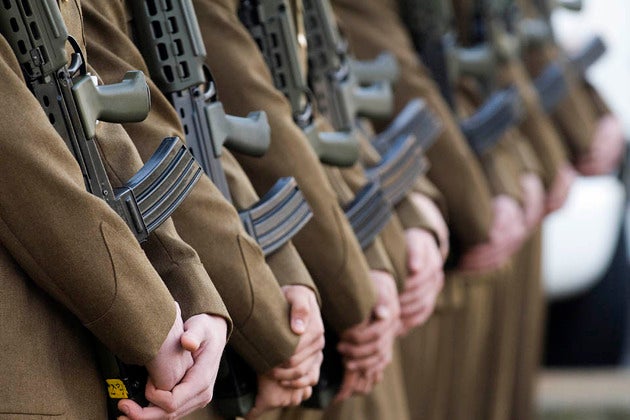 The UK Ministry of Defence (MoD) has announced a third round of armed forces redundancies as part of cuts recommended by the government’s 2010 Strategic Defence and Security Review (SDSR).

Originally scheduled to feature up to 5,300 army personnel, the latest batch includes 4,480 soldiers, with 3,763 of those applicants.

Aimed at recovering a £38bn deficit in the defence budget, the SDSR initially sought a reduction of 17,000 posts in the regular armed forces, including 5,000 each from the Royal Air Force (Raf) and navy, and 7,000 from the army.

UK defence secretary Philip Hammond said the redundancies were unavoidable due to the size of the defence deficit.

"Although smaller, our armed forces will be more flexible and agile to reflect the challenges of the future with the protection and equipment they need," Hammond said.

Calling the redundancy scheme a ‘difficult but essential step’ towards the Army 2020 structure, general staff chief Sir Peter Wall stated that the MoD will support redundant personnel during their transition to civilian life.

"Although smaller, our armed forces will be more flexible and agile to reflect the challenges of the future with the protection and equipment they need."

"We continue to need plenty of young and talented recruits to ensure the army is fit to meet the challenges of the future," Wall said.

Soldiers preparing for serving on combat or recovering from a combat operation, as well as those formally intimated on deployment to Afghanistan in Autumn 2013, were exempted from Tranche 3 redundancies unless they applied.

A final tranche of redundancies primarily involving Army personnel along with a small number of medical and dental personnel from the Navy and RAF is expected to be announced in spring 2014, to help MoD reach its final strength target of 82,000 by 2020.