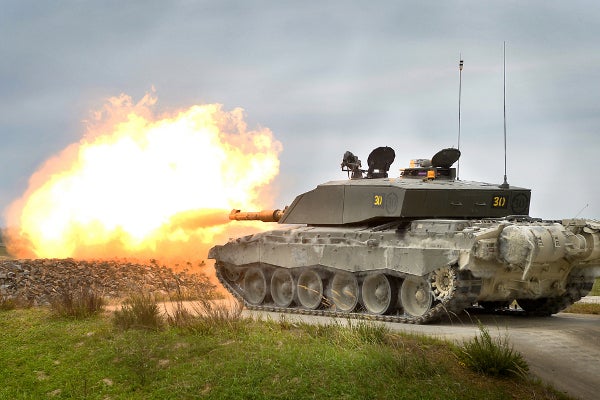 Involving participation from more than 2,000 troops and 750 vehicles, the three-phase exercise was the first of three large drills being carried out by the brigade this year to refresh their core skills having returned from Afghanistan in 2012.

The first phase featured comprehensive two-week live-firing manoeuvres on the training ranges of Grafenwohr, and culminated in a series of attacks with the combined firepower of Challenger main battle tanks, Warrior vehicles, Apache helicopters, infantry and artillery assets.

Carried out on ranges in Hohenfels, the second phase replicated the kind of challenges armed force will face while moving through a hostile environment, as well as providing an opportunity to evaluate the skills of 1 Logistic Support Regiment.

The third phase focused on the planning and execution of operations at battle group and company level.

"We don’t know what contingency will look like, the future of operations might be very different so we have to look at a broad spectrum of capabilities."

Commenting on the exercise, Headquarters 20th Armoured Brigade captain Strachan-Hayes said it marked the culmination of four or five months of training within the battle groups of the brigade that built individual soldiers’ skills to platoon and company levels.

"We don’t know what contingency will look like, the future of operations might be very different so we have to look at a broad spectrum of capabilities," Hayes said.

"This exercise has focused on the worst case scenario; how we might attack or defend against a force that is of parity, integrating the all arms concept with the aviation assets, and transitioning from offensive operations into security operations where we would be required to protect the local nationals and reassure the population."

The exercise also tested the 5th Battalion The Rifles (5 RIFLES) and Queen’s Dragoon Guards Battle Groups on tactics that involved sweeping across the battlefield in armoured vehicles prior to switching to peace support operations needing a more subtle and tempered approach.