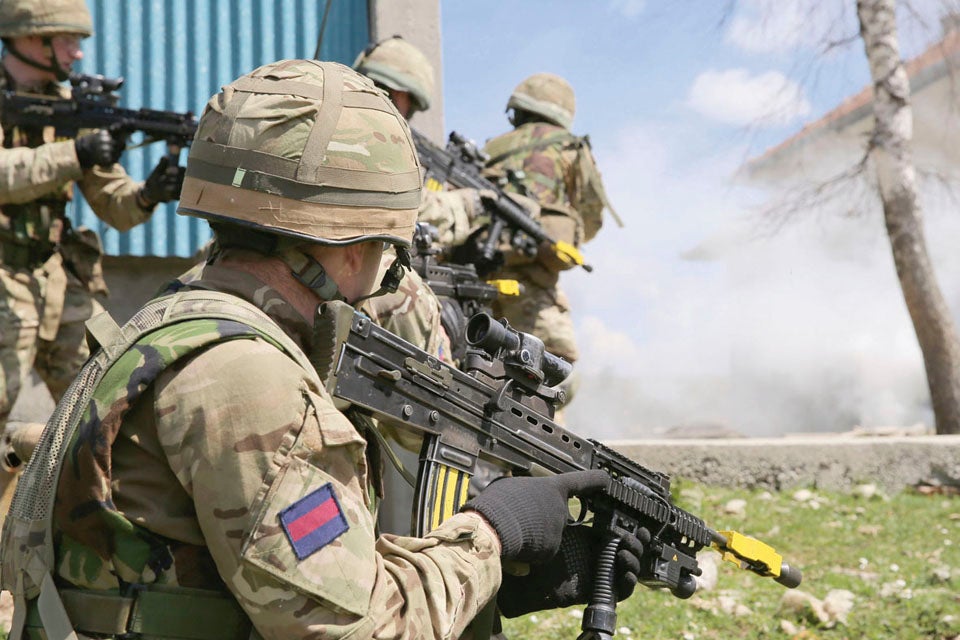 Carried out in three phases throughout April, the annual exercise was attended by 85 UK soldiers alongside their Austrian, Turkish and Hungarian counterparts to rehearse their potential call-up as one of the intermediate reserve units of the European Military Force (EUFOR).

The first phase involved successful activation and a quick deployment and integration of two light-infantry companies from the UK and Hungary into the EUFOR structure.

A EUFOR multinational battalion comprising UK, Hungarian, Austrian and Turkish companies joined with a unit from BiH military to further boost their professional training and international interoperability in the second phase, while the third featured a visitor’s day.

The drill finished with an assault on a collection of buildings, with each participating country responsible for a separate objective.

"It’s the sort of thing we’ll be doing in Afghanistan post-2014 and I can see it applying across other parts of the world as well."

No 1 Coy commander major Tom Oakley said the soldiers were already well prepared for the European mission having served as part of the UK Operations Battalion in June 2012.

"Given the way the British Army is going in the future, exercises like this will become more common so this provides a good test bed for us, for EUFOR and for the service as a whole," Oakley added.

"It’s the sort of thing we’ll be doing in Afghanistan post-2014 and I can see it applying across other parts of the world as well," Shirreff said.