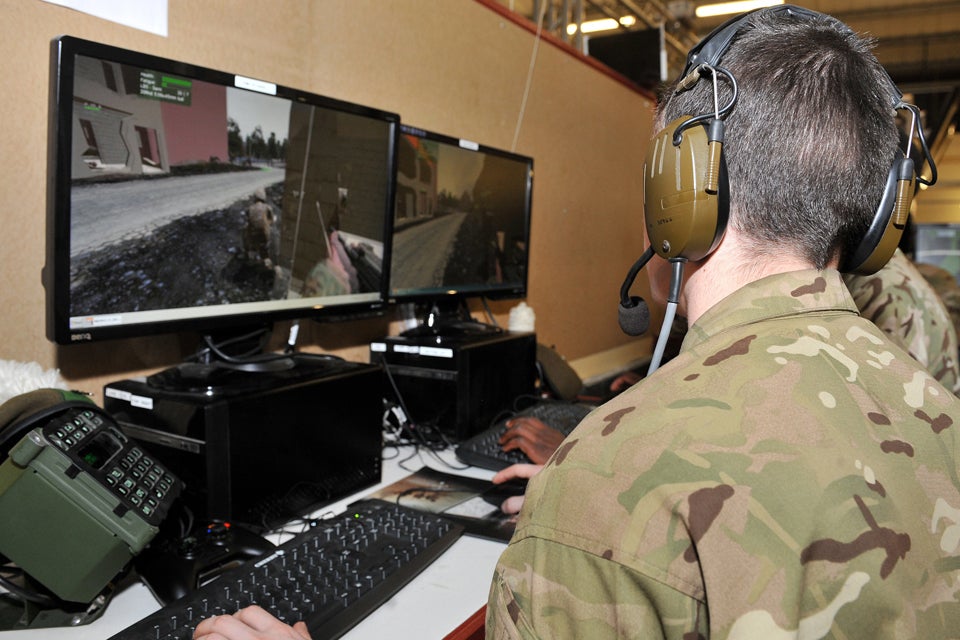 A total of 190 soldiers practised multiple scenarios under supervision of a sophisticated system of computers and advanced simulation software during the exercise, which represented the army’s largest ever virtual simulation drill.

The resulting data will now be analysed by the UK Ministry of Defence’s (MoD) Defence Science and Technology Laboratory (Dstl) and simulation programme developer, Niteworks Partnership, to create a simulation model for determination of the army’s future requirements.

News
Troops from 17 Nato allies take part in exercise Silver Arrow
Data Insights
View All
"The exercise is an excellent way to develop our mindset from what we have learnt in Afghanistan to future conflicts."

"By testing our soldiers in a number of demanding scenarios we can determine the optimum tactics, equipment and training that are required for us to shape the Army of the future,"’ Deakin added.

Commenting on the simulation trials, 2 R WELSH section commander corporal Jeremy Appiah said: "The exercise is an excellent way to develop our mindset from what we have learnt in Afghanistan to future conflicts."

UK Defence Equipment, Support and Technology Minister Philip Dunne added: "Evidence gathered from this experiment will be used to guide decisions on the type of equipment we need to fight conflicts in all terrains."

Designed by Dstl scientists and Niteworks Partnership, Exercise Urban Warrior 5 aims to offer evidence-based advice to army on critical capabilities that are needed for future operations in the urban battlefield, as well as helping in cost-effective development of the future force.

The army also staged a real-life simulation exercise in December 2012, when soldiers practised with Warrior armoured vehicles and Challenger 2 tanks in a computer-generated realistic battlefield scenarios at the Urban Warfare Training Centre (CENZUB) in France.