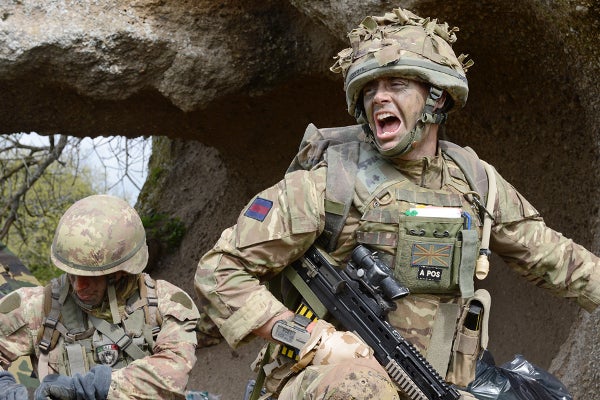 British Army soldiers from the 16 Air Assault Brigade have conducted a reconnaissance exercise, code-named Eagle Eye 2013, with the Italian Army’s Folgore Parachute Brigade to test their readiness in Monte Romano, near Rome.

Carried out after a joint training on basic skills, the exercise was primarily aimed at validating the brigade’s full range of intelligence, surveillance, target acquisition, and reconnaissance (ISTAR) capabilities.

Involving an assault on a simulated terrorist camp, the drill also evaluated the brigade’s ability to effectively share techniques and tactics with their Italian counterparts.

Soldiers refined their ISTAR skills of securing and marking drop and landing zones for paratroopers and helicopters, checking routes suitable for use by troops and vehicles, intercepting communications and also carried out surveillance from concealed observation posts to build up a detailed picture of the target.

D Squadron Household Cavalry Regiment (D Sqn HCR), which is primarily responsible for conducting reconnaissance patrols, carried out an infantry-style attack during the exercise, while the troops were dropped by a helicopter at night to covertly move towards the target.

"After a long operation in Afghanistan, both armies are regenerating the specialist capabilities of their airborne forces to be ready for future operations."

Commenting on the drill, 3 PARA captain Ben Neary said it validated the soldier’s capabilities to gather and act on intelligence, which serves as basis for success of any operation.

"After a long operation in Afghanistan, both armies are regenerating the specialist capabilities of their airborne forces to be ready for future operations," Neary said.

Italian Savoia Cavalleria Regiment captain Bruno Ambrosini said: "It’s been very hard training but an excellent opportunity to learn from the British, who are NATO allies we have served alongside on operations."