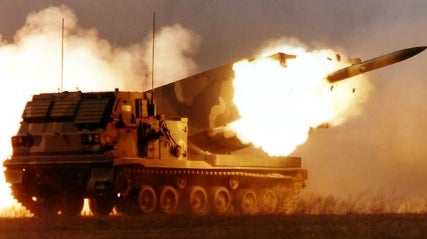 The Turkish Government has deployed rocket launchers and anti-aircraft weapons to the Syrian border, amid escalating tensions over the downing of Turkish Air Force's F-4 Phantom fighter jet last week by Damascus.

Columns of military vehicles have been shown on turkish TV moving from bases in Iskenderun and Diyarbakir to the border towns of Yayladagi and Reyhanli.

The move follows the Turkish Prime Minister Recep Tayyip Erdogan's comments that the country's military would respond to any future violation of its border by the Syrian military.

Erdogan has told that the army's rules of engagement along the border had now been changed by Turkey, and also called its former ally as 'a clear and imminent threat'.

"Any military element that approaches the Turkish border from Syria by posing a security risk and danger will be regarded as a threat and treated as a military target," Erdogan added.

"Turkey has dubbed the shooting as an 'act of aggression' and said that no warning was provided before the jet was shot down.”

Syrian air defences gunned down a Turkish F-4 fighter, which was claimed to be performing a training flight to test Turkey's radar capabilities over the eastern Mediterranean coast after it briefly strayed into Syrian airspace on 22 June.

Turkey has dubbed the shooting as an 'act of aggression' and said that no warning was provided before the jet was shot down by an anti-aircraft gun, causing it to crash into the Mediterranean ocean.

Syria however insists that it had engaged the aircraft in its national airspace, ''according to the laws that govern such situations".

The incident has heightened tensions between Turkey and Syria, further worsening the bilateral relations between the two nations following the latter's violent response to pro-democracy protests that started in March 2011.