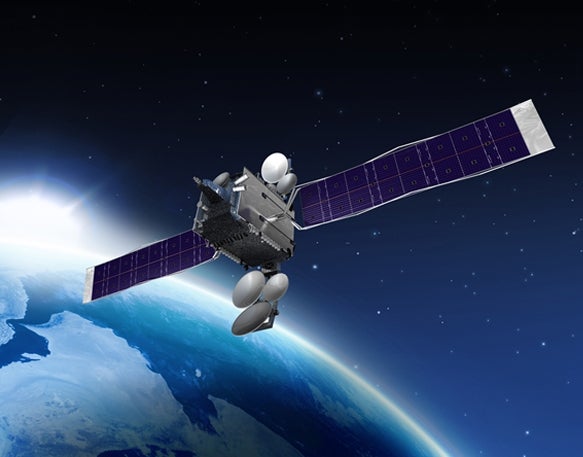 With a throughput nearly three times as high as that of HYLAS 1 and estimated life of more than 15 years, the satellite will principally be used by TS2 to provide access to the internet and all IP services fully independent of terrestrial connections, guaranteed voiceover internet protocol (VoIP), virtual private network (VPN), and videoconferencing connections.

In addition to Afghanistan, the company is set to launch the first commercial links in selected African and East European nations, in addition to Poland.

The HYLAS 2 satellite was successfully launched onboard an Ariane Flight VA208 rocket into the orbit at 31°E from Guyana Space Centre at Kourou in French Guyana in August 2012, extending Avanthi’s coverage to Africa, Eastern Europe and the Middle East.

Image: An artist’s depiction of HYLAS 2 satellite in the orbit. Photo: © Crown copyright 2010.