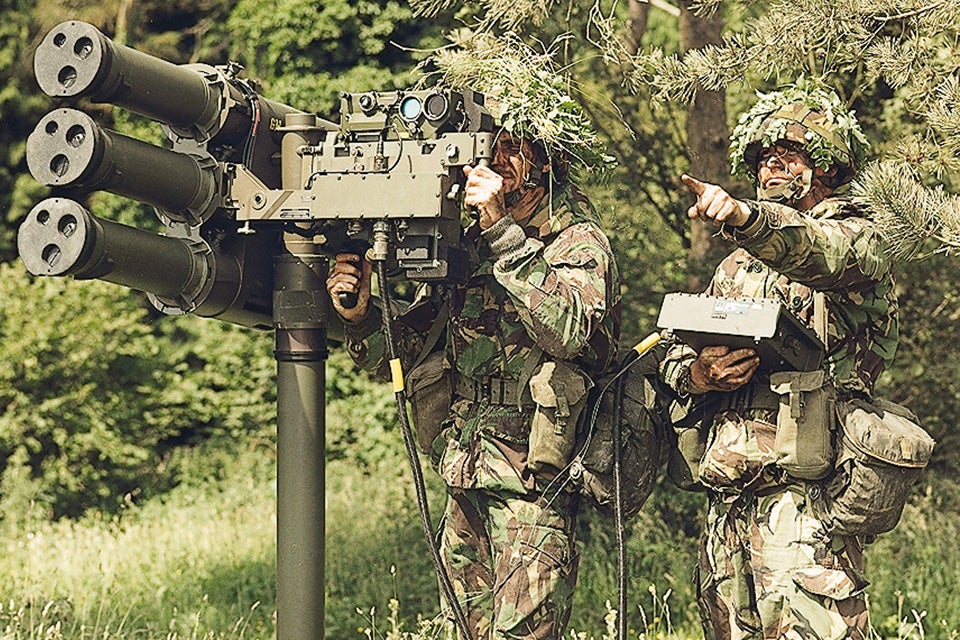 Announced by the UK Prime Minister David Cameron in a speech to the Northern Ireland Investment Conference in Belfast, the contract covers supply of additional 200 STARStreak missiles, which represent a critical component of the UK’s ground based air defence (GBAD) capability.

UK Defence Equipment, Support and Technology minister Philip Dunne said: ”This contract for 200 extra STARStreak missiles will not only provide our armed forces with a highly capable weapon, but it also secures hundreds of highly skilled defence jobs in Northern Ireland and should provide confidence to the export markets of the STARStreak system.’

Thales managing director David Beatty said: ”It demonstrates very clearly to our export customers the ongoing importance and trust that the UK MOD places in the STARStreak system and our design, manufacturing and support capabilities.’

Expected to sustain 475 jobs at the Thales’ facilities in Northern Ireland, the unspecified contract will increase MoD’s STARStreak stocks as part of the government’s transformation agenda for the armed forces to equip both the regular and reserve forces with the missiles.

Fired from the shoulder, from a lightweight multiple launcher or from the Stormer armoured vehicle, the STARStreak is a high velocity missile (HVM), designed to counter threats ranging from very high performance, low-flying fighter aircraft and fast strikes by attack helicopters.

The missile system, along with its air defence alerting device, was used by the UK Army to ensure a safe and secure 2012 London Olympic Games.

Deliveries under the contract are scheduled to complete by June 2014.