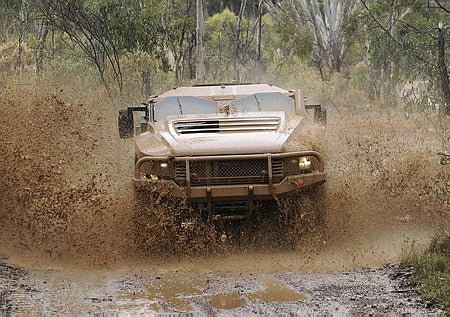 The A$3.5m ($3.68m) contract was awarded under Stage 2 of the manufactured and supported in Australia (MSA) option of the Australian Defence Forces’ (ADF) LAND 121 Phase 4 programme, and involves the supply of ILS services for six Hawkei prototypes and a trailer to Thales.

Further testing of the trailer will be carried out by the Australian Government.

"The Hawkei is very much a team effort, and Boeing’s involvement since the project’s early days has enabled us to deliver innovative prototypes specifically designed to meet requirements of the Australian Defence Force."

Thales Australia CEO Chris Jenkins said: "The Hawkei is very much a team effort, and Boeing’s involvement since the project’s early days has enabled us to deliver innovative prototypes specifically designed to meet the current and future requirements of the Australian Defence Force."

BDA managing director Kim Gillis said that the company’s ILS services were sought for some of the major ADF acquisition programmes, including Wedgetail Airborne Early Warning and Control and Vigilare system.

Thales had signed an agreement with the Australian Department of Defence (Dod) in early July for the development and delivery of six prototype Hawkei vehicles for trials, including user assessments, as well as capability and reliability testing by the national army throughout 2013.

The first Hawkei is scheduled for delivery in late 2012, and the vehicles can be considered for meeting army’s PMV light requirement of LAND 121 phase, provided the company is successful in manufacturing a suitable platform at an affordable cost.