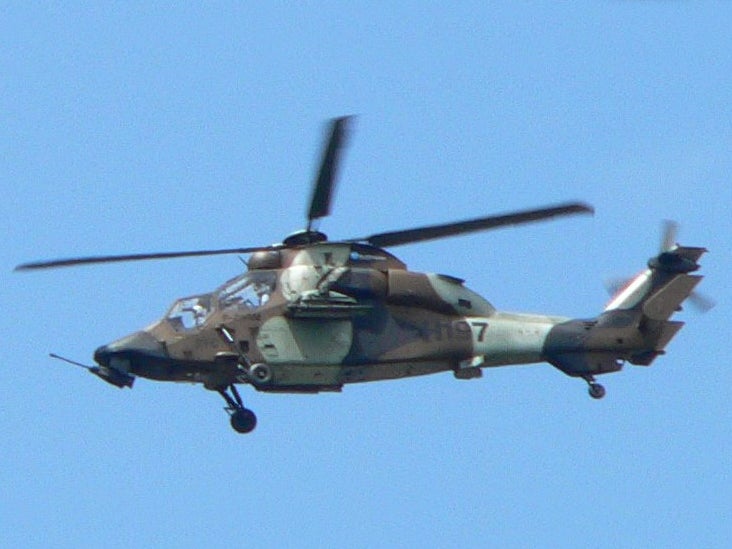 Speaking during a pre-Paris air show media event at the DGA’s Cazaux flight test centre, TDA-guided rocket programme manager Matthieu Krouri was quoted by FlightGlobal as saying that a production version of the RPM was expected to be available for installation onboard the Tiger helicopters from 2018.

The rocket has already successfully completed two safe separation firing manoeuvres onboard a Tiger support and protection helicopter (HAP) at DGA’s Biscarrosse test range in France, in January and April, while a final demonstration involving a 18.7lb rocket is scheduled to be carried out in July.

Conducted as part of a DGA contract, the mid-year testing is expected to feature two launches against a fixed target being marked by a laser spot.

Manufactured under a company-funded programme, RPM is a 2.7in diameter rocket system capable of providing a circular error of probability accuracy of below 1m, from a maximum firing range of up to 6km.

"A final demonstration involving a 18.7lb rocket is scheduled to be carried out in July."

Capable of intercepting ground targets moving at up to 55kmph, the 1.4m-long rocket is not physically connected with the launcher unit due to use of wireless induction technology.

The rocket is also designed to serve as a feasible solution for the French Air Force’s long-held requirement to deploy a low-yield weapon between the Rafale fighter’s internal cannon and Sagem AASM air-to-surface missile, according to Krouri.

Meanwhile, the company is currently manufacturing the rocket’s munition-standard blast/fragmentation warhead and fuse, under a separate contract from the DGA.

The Missiles and Missile Defense Systems Market in Venezuela to 2025: Market Brief