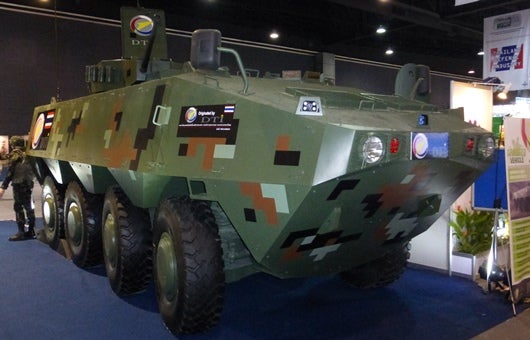 The two organisations will now work on the next phase of development of the Black Widow vehicle, which has been designed to offer protected firepower and extreme mobility in reconnaissance, command and control and fire support roles.

Ricardo and DTI have already completed the initial phase of technology development (TD) for the vehicle.

''This work builds upon our extremely strong reputation for the design, development and production of class-leading, agile and highly crew-protected defence vehicles, including the Foxhound, WMIK and Vixen platforms used by British forces,'' North said.

"This work builds upon our extremely strong reputation for the design, development and production of class-leading, agile and highly crew-protected defence vehicles."

Capable of carrying a squad of 11 soldiers, the vehicle offers a level 4 STANAG 4569 protection against small arms, blast and anti-tank weapons.

The infantry fighting version of the vehicle was displayed by DTI at 2013 Defense & Security exhibition and conference, which was held from 4th to 7th November, at the IMPACT Exhibition Center in Bangkok, Thailand.

Image: The Black Widow Spider vehicle being displayed during at 2013 Defense & Security exhibition and conference in Bangkok, Thailand. Photo: copyright of Ricardo.