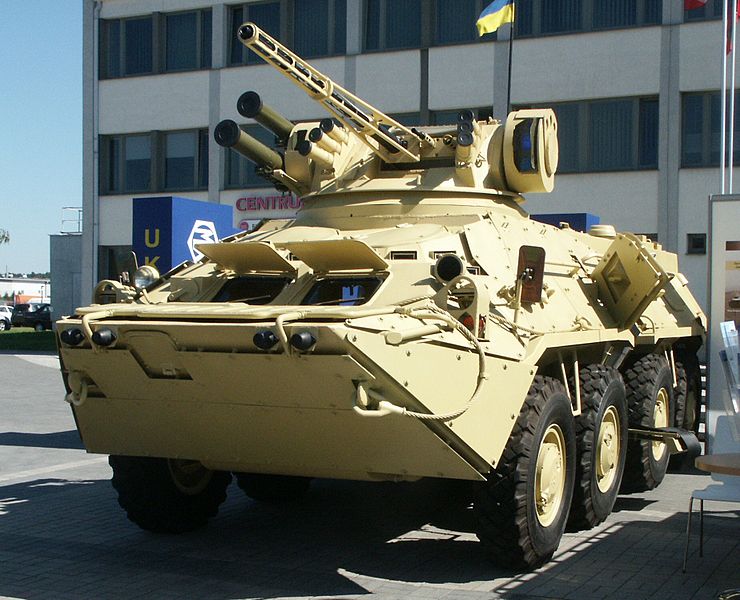 UkrespectExport has been awarded a contract for delivery of additional 21 BTR-3E1 armoured personnel carriers (APCs) to the Royal Thai Army.

The contract covers supply of locally assembled 15 BTR-3E1 and six BTR-3RK vehicles to the Thailand, Interfax-Ukraine reported citing a press service of the state-run company.

The company, however, did not provide any information regarding the contract value.

BTR-3E1 and BTR-3RK are upgraded and modified variants of the BTR-3E1 vehicles, which have been supplied to Thailand since September 2010.

The contract was executed by Kharkiv Morozov Machine Building Design Bureau and Zhytomyr mechanical repair plants, which are part of the Ukrainian state run manufacturer, Ukroboronprom.

Meanwhile, Ukroboronprom is currently exploring the potential of establishing a service centre in Thailand for the maintenance of Ukrainian-built military equipment, according to the news agency.

"To date, the Ukraine has reportedly supplied 233 BTR-3E1s to Thailand."

Additionally, the company and the Thai Army are also discussing the possibility of joint assembly of BTR-3E1s in Thailand.

Based on the BTR-3U Guardian, BTR-3E1 is an 8×8 wheeled armoured vehicle designed to transport infantry troops, arms and supplies on the battlefield, simultaneously offering fire support from a turret mounted gun.

Shipped from Odesa, Ukraine by the middle of August 2013, the vehicles are scheduled to undergo evaluations prior to entering operational service with the army in the next month.