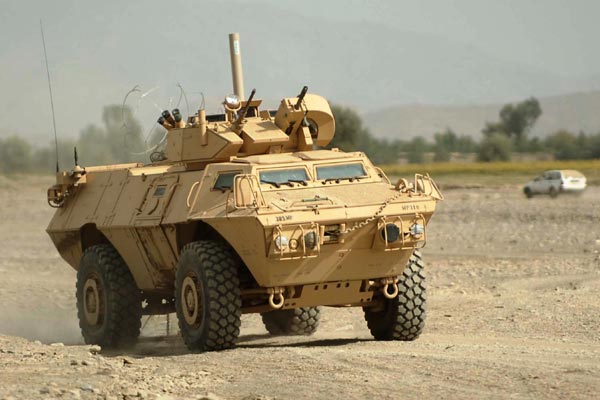 Awarded by the US Army Tank-Automotive and Armaments Command (TACOM), the $5.5m contract covers production and delivery of 12 armoured turrets, vehicle repairs and spare parts, as well as technical support services for the Colombian APCs.

A number of TM&LS’s Commando Advanced APCs are currently operational with the Colombian Army, which has also requested purchase of additional units under a separate US foreign military sales (FMS) programme.

Extensively used for combating internal revolutionary forces in the country, the vehicles have delivered the mobility, protection and firepower needed to address all army tactical armoured vehicle requirements since May 2010.

Textron Marine & Land Systems senior vice president and general manager Tom Walmsley said the contract represented an extension of the company’s positive working relationship with the Colombian Defence Ministry and Army, and was an example of its capability as a full-spectrum armoured vehicle provider.

"Colombia’s APCs are performing exceptionally well in a variety of operational roles, while offering outstanding protection to COLAR soldiers."

"Building on this success, we’re working with Colombia to increase the number of APCs in COLAR units while sustaining its entire vehicle fleet with a coordinated program of maintenance, training and field service support."

The vehicles have also been used by the US Army and other militaries in Afghanistan and Iraq in the past ten years.