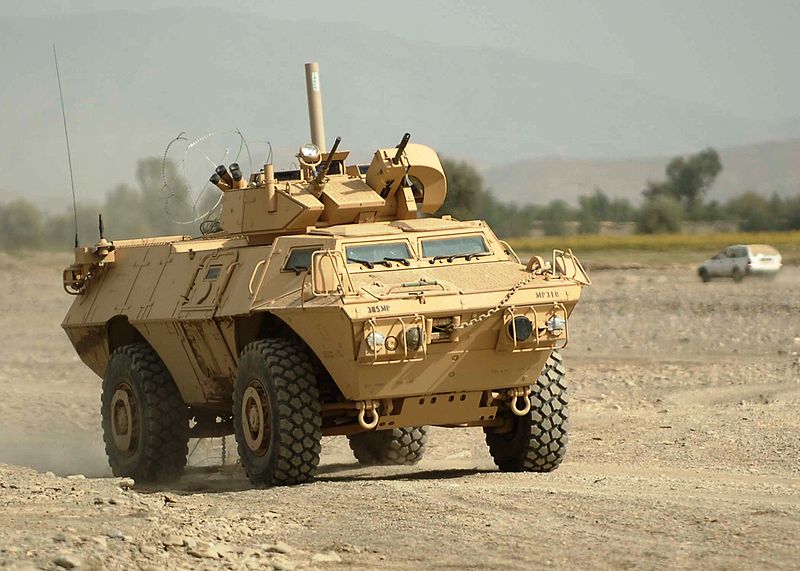 The contracts, worth $10m, also include the provision of support for the Textron Marine & Land Systems‘ (TM&L) proposed Tactical Armoured Patrol Vehicle (TAPV) for the Canadian Forces and other armoured vehicle programmes with the company.

General Kinetics will provide shock absorbers, heating, ventilation and air conditioning (HVAC) components will be provided by Mobile Climate Control, while the transfer cases and armour steel will be supplied by Ontario Drive & Gear and Evraz Steel respectively.

Canadian-produced vehicle components will be integrated into more than 300 Afghan MSFVs, being built at Textron Marine & Land Systems’ manufacturing facilities in Louisiana, US.

Based on the TM&L Systems-built M1117 armoured security vehicle (ASV), the MSFV is being developed in three variants which include an armoured personnel carrier (APC) with gunner’s protective kit, an APC with turret, and an armoured ambulance.

The vehicles will provide ANA with quick reaction force (QRF) capability, which will prove critical when the US strategically withdraws combat forces from Afghanistan by the end of 2014.

As part of the programme, the Afghanistan army received the first 18 production MSFV to theatre in November 2011.

Work on vehicle assembly is scheduled to run into 2013.